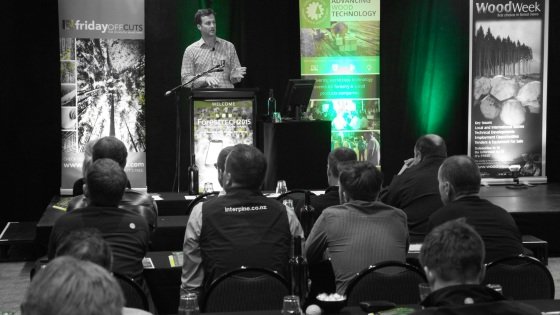 The ForestTECH 2015 technology series ran in New Zealand and Australia in November 2015. Again the turnout to this latest FIEA technology series has been excellent with over 250 technical and resource foresters attending.

In addition to the two-day programmes in each country, local industry involved in GIS and remote sensing were able to capitalise on the event by running their own workshops, user meetings and forums to discuss current research, new innovations and operational issues around the collection of field data. There was a wealth of valuable information on display and all delegates will shortly be able to download the majority of the presentation from both venues.

ForestTECH is the annual technology series run by FIEA for Australasia’s senior resource managers and inventory foresters. It’s the one event each year that continues to draw in specialist forestry staff from both countries. Key researchers, technology providers and forest owners also take up the opportunity to build in client meetings, workshops and discussion groups around both the New Zealand and Australian events to capitalize on the “once a year” turnout.

ForestTECH 2015 was designed to build on the operational trials profiled in late 2014. New data collection technologies including satellite imagery, UAV platforms, airborne and terrestrial LiDAR, harvester information, in-field sensors and improved field data collection and reporting are increasingly being introduced to forestry operations. Leading communications and resource specialists bought in for the series demonstrated and discussed how local foresters’ could best handle the increasing volumes of data being collected out in the field.

Improvements in mobile connectivity tools and the rise and use of meaningful ‘big data’ were some of the key takeaways from this event.

For those interested in this technology and would like to extend the focus to the wider primary industry, we have another event which would fit the bill. MobileTECH 2016 covers mobile technologies and connectivity for land-based industries and runs on 30-31 March 2016 in Rotorua, New Zealand. Further information can be found at www.mobiletech.events.

The next ForestTECH event will be held on 16-17 November 2016 in Rotorua, New Zealand and 22-23 November 2016 in Melbourne, Australia. This event would focus on remote sensing, field inventory and forest estate planning. Keep an eye on this blog as we will release further details about this event in the new year.