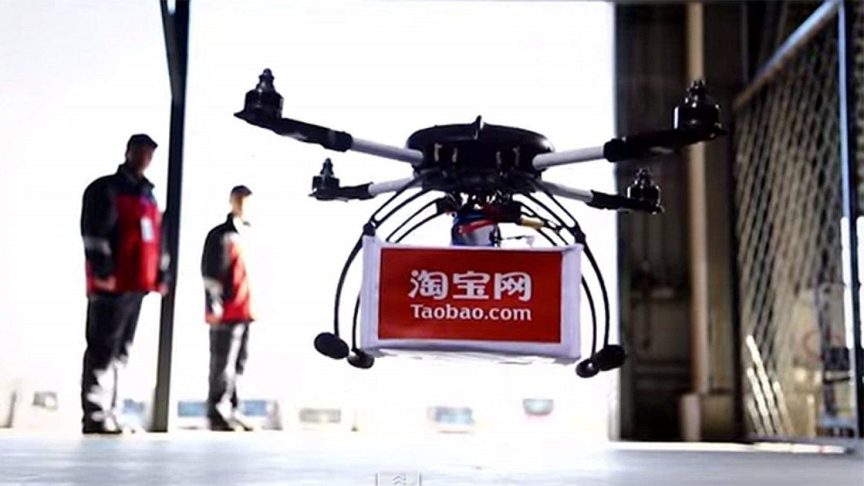 If you don’t think drone deliveries are going to take off (excuse the pun), think again. While the U.S. and Europe inch closer to drone delivery, China is racing ahead. China’s leading e-commerce company, JD, has launched an agressive trial that the company says will lead to 50% of its packages being delivered by drone.

Xinhua.net reports that New Year’s gifts are being delivered by drone to rural areas ahead of China’s Spring Festival. “Though online shopping has become common in China, remote villages face delivery problems. In early January, UAVs were introduced to Guang’an as a possible solution,” says Xinhua.

Guang’an, an agricultural area in the Sichuan province, was the first city to trial delivery drones in China’s rural southwestern region, but JD hopes to expand the program quickly to other cities. “According to the city’s delivery volume, three flight routes connect the city’s downtown central delivery station with three major suburban transfer stations…” reports Xinhua.

“Two full-time UAV flight controllers are responsible for the UAV service before a delivery man picks up the parcels at the transfer stations and delivers the packages to customers. A round trip between the central station to a suburban village usually takes an expressman an hour by tricycle, but it only takes a delivery UAV six minutes to fly across the mountain road,” said a flight controller surnamed Xiong.

Chinese logistics company SF Express is the first company in China approved to operate commercial drones for delivery. The drones have a max payload of 30 kg, more than enough for delivery of everything from fresh food to clothing and electronics.

While in China as elsewhere low altitude drone flight is regulated, drone delivery solves a critical problem for the country: giving access to delivery services to areas of the country with less robust road and transportation infrastructure. China is proving itself a powerhouse of drone manufacture and technology development, with the world’s largest drone manufacturer, DJI located in Shenzhen along with a large network of drone manufacturers of all types.