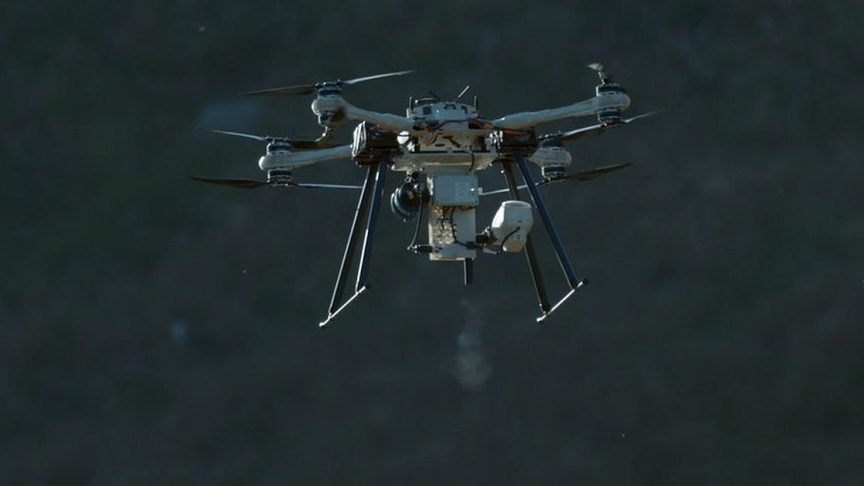 • UK company Dendra plans to plant 500 billion trees by 2060 – using AI and drones.
• The drones can plant 120 seedpods per minute.
• The WWF estimates we’re losing 27 football fields of forest every minute due to deforestation.

A drone can plant two trees per second, according to UK tech company Dendra, which is aiming to “re-green” the planet. Dendra estimates it would take just 400 teams of two drone operators, with 10 drones per team, to plant 10 billion trees each year – and at a much lower cost than the traditional method of planting by hand. The target is to plant 500 billion trees by 2060, in often hard-to-reach places. Susan Graham, CEO of Dendra Systems, says, “The challenge that we’re tackling is a complex one and working with a team of passionate engineers, plant scientists, drone operators, we came up with this idea to use automation and digital intelligence to plant billions of trees.” So, how does it work? First, the replanting areas are identified using a combination of satellite images and drone-collected data. Specialized planting drones take to the skies loaded with seedpods containing a germinated seed and nutrients.

Once in position, the drones use pressurized air to fire the seeds into the ground – at 120 pods per minute. The seedpods penetrate the earth and start to grow once activated by water. Dendra estimates its technology – combining speed and accuracy – would enable governments to restore forests 150 times faster than planting by hand, and up to 10 times cheaper. Graham says it represents a new “step-change” in how we think about global ecosystem restoration. “We need to use technology to scale up our restoration efforts, and the scale we’re talking about is tens of billions of trees every year. We’ll be able to see the ecosystems that we’ve restored from space.” “There’s a saying that goes that the best time to plant a tree was 20 years ago, and the second-best time is today,” says Graham. “We have this opportunity now, and we need to act today.” Source: weforum.org