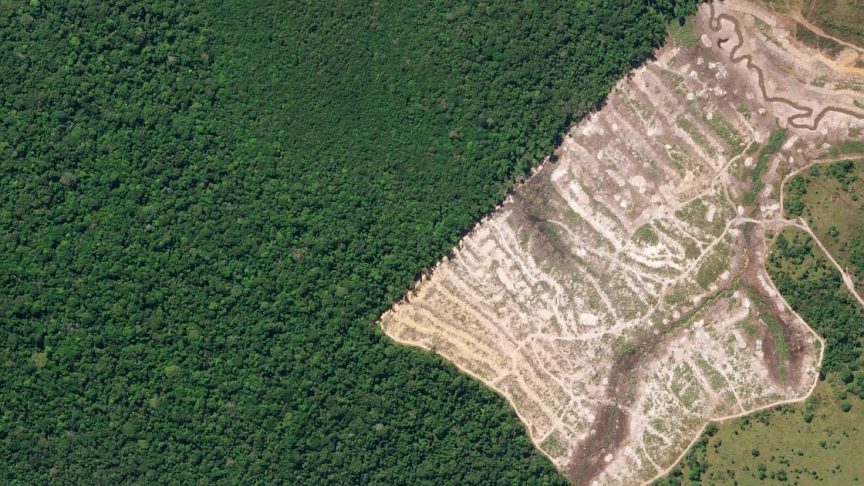 Brazil is a nation of superlatives. It is one of the most biodiverse countries in the world, and home to the largest rainforest, the largest freshwater preserve, and a quarter of the world’s species. It also one of the world’s largest grain producers and a major producer of coffee, sugar, and beef.

Brazil’s tropical forests are critically important for biodiversity, human livelihoods, and climate stability, but remain threatened. Despite zero-deforestation pledges from the government and agricultural companies, rapid deforestation in Brazil persists. Agricultural expansion continues to be the biggest driver of forest loss — driven by the world’s growing appetite for soy and other agricultural crops.

A new frontier in land classification and monitoring

Brazil was among the first countries to pioneer the use of satellite imagery to track annual land use change. However, these initiatives have been constrained by a lack of frequent, high-resolution data — making it difficult to segment different land use classes or detect degradation early enough to intervene. This could soon change.

Recent improvements in the spatial and temporal resolution of satellite imagery by Planet and the availability of machine learning and imagery analysis at global scale by Google offer new opportunities to disrupt historical limitations.

The NexGenMap project is an R&D collaboration with Planet, Mapbiomas, Google, the Gordon and Betty Moore Foundation, to pioneer new practical and cost-effective solutions to track forest loss, classify change, and ultimately make more effective decisions about land use. The project is focused on 16 areas of interest across seven distinct ecosystems in Brazil — a total of 300,000 square kilometres.

As part of the upcoming ForestTECH 2020 event running on 18-19 November, Tara O’Shea, Director of Forest Programs at Planet will be presenting to the local industry on the significant advances that have been made recently combining remote sensing and analytics technologies and how they are being deployed operationally by forest owners and managers. Tara, based out of the US, oversees the company’s strategy for leveraging its Earth observation and analytics technologies to improve global forest monitoring systems.

As a background, Tara began her career advancing ecosystem services research at Duke University’s Nicholas Institute for Environmental Policy Solutions. In 2012, she helped start a non-profit focused on engaging the private sector in Reducing Emissions from Deforestation and Forest Degradation (REDD+), a financial mechanism for sustainable land use under the United Nations Framework Convention on Climate Change. Prior to joining Planet, Tara advised several foundations and investment firms on integrating the reality of climate and environmental change into their portfolios, including organizing the Climate & Capital summit that brought together investors representing over $1 trillion AUM alongside the COP21 in Paris.