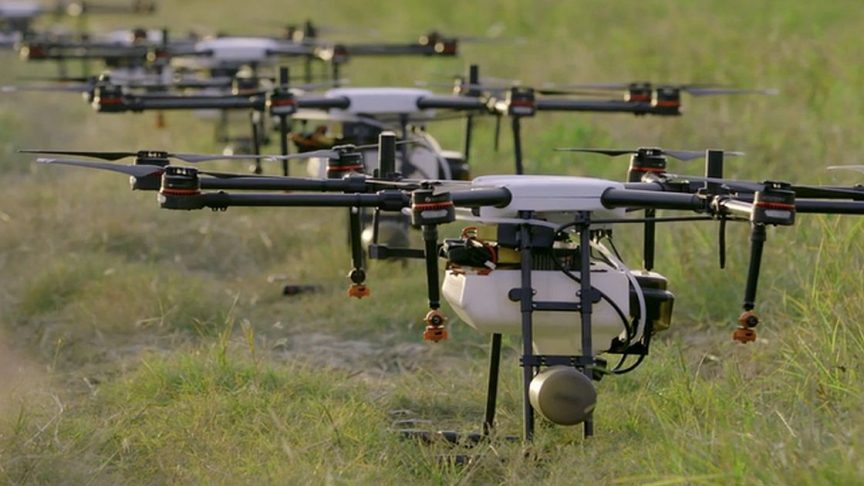 ForestTECH is this region’s most popular annual independent forestry technology series. This year, in addition to advances being made in remote sensing and forest inventory, for the first time, one of the two days has been set aside to profile the very latest developments in forest establishment, mechanised planting and silviculture.

As well as the very latest results and lessons from trials using Scandinavian mechanised planting heads (with recent modifications being made for local conditions), advances that have been made over the last 12 months using drones for planting will be discussed as part of this year’s event.

Aerial planting systems using swarms of drones are now fully operational. DroneSeed out of the US spoke at last year’s ForestTECH event. They have been employing swarms of UAV’s (or drones) to automate tree planting and spraying operations for a number of major North American forest management companies.

Late last year, they’d also started a number of commercial trials for tree planting in New Zealand. Their technology is capable of planting out at six times the speed of the human planter and in some pretty tight and tough terrain. This year they’ll be providing an update on their planting trials as well as their projects on reforestation and rehabilitation.

Another company with local ties, AirSeed Technologies, has also devised their own system allowing drones to plant large numbers of seeds in minutes using a pneumatic firing module. It can fire out two seeds per second at velocities of anywhere between 150 and 300 metres per second into the soil. This is faster than the cruising speed of a passenger jet. The module, called a Podder, can be attached to the bottom of most popular drone models and a team of two, flying 2 drones, can plant up to 40,000 seeds into the ground in a day.

AirSeed Technologies will also be presenting as part of this year’s ForestTECH 2020 event on their drone technology and work in seedling and tree planting projects.

Together with resource and inventory management, the two days are going to provide a comprehensive technology update for all those involved in forest operations, planning, data capture, forest establishment and tree crop management.

Full details of the programme for both days can be viewed on the event website and here.