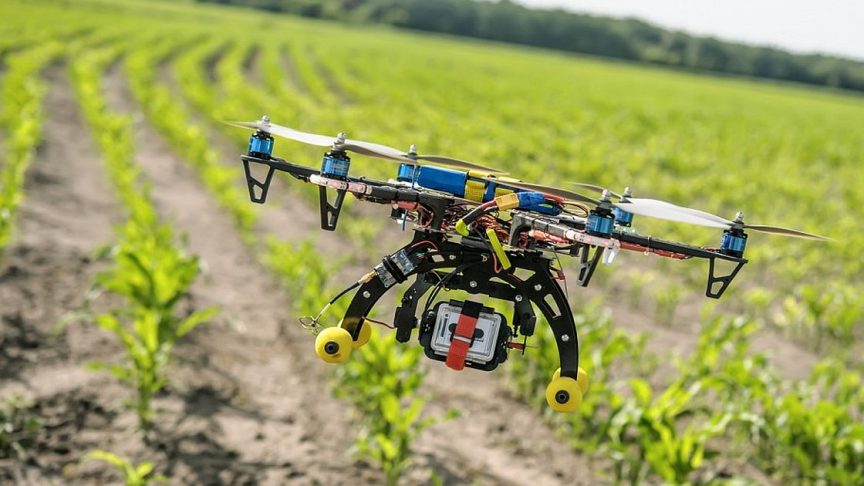 According to an August study by Esticast Research & Consulting Market Research, the global commercial drone market may reach US$3.6 billion by 2024. However, a new study forecasts an even larger bumper crop for just one of the many sub-sectors — agriculture.

The study, released by MarketInsightsReports, predicts the ag drone market will exceed the entire drone market value referenced in the Esticast report and do so two years earlier. The report foresees a US$4.2 billion value for the agricultural drone market by 2022 — representing a growth rate of 30 percent and beating Esticast’s overall prediction for the whole drone market by US$600 million.

Although the marketing report is rather coy with the details – only offering a few tidbits in order to sell a $4,000 full report – it nevertheless touches on some of the key drone players in the growing ag sector such as PrecisionHawk, AeroVironment, Agribotix, AgEagle and DroneDeploy.

The most recent report appears to jibe with earlier research. In January, Zion Research released a similar report covering areas such as fixed and rotary drones as well as data management, imaging software and data analysis. Zion’s report pegs the precision agriculture drone market at US$2.9 billion by 2021 – up 28 percent from a 2015 valuation of US$673 million.

“Drones help farmers take better care of their crops and have a higher yield from the farm,” the report states. “Increasing automation in the agriculture process — owing to the labor crisis such as a lack of skilled farmers and aging farmers — is also expected to have a positive impact on the agriculture drone market growth.”

“Increasing automation in the agriculture process — owing to the labor crisis such as a lack of skilled farmers and aging farmers — is also expected to have a positive impact on the agriculture drone market growth.”

Four workshops set up for ForestTECH 2022

Digital Data is the key to sustainable forestry

Another unique opportunity for young foresters

NZ UAV pilots, have you heard of this new tool?