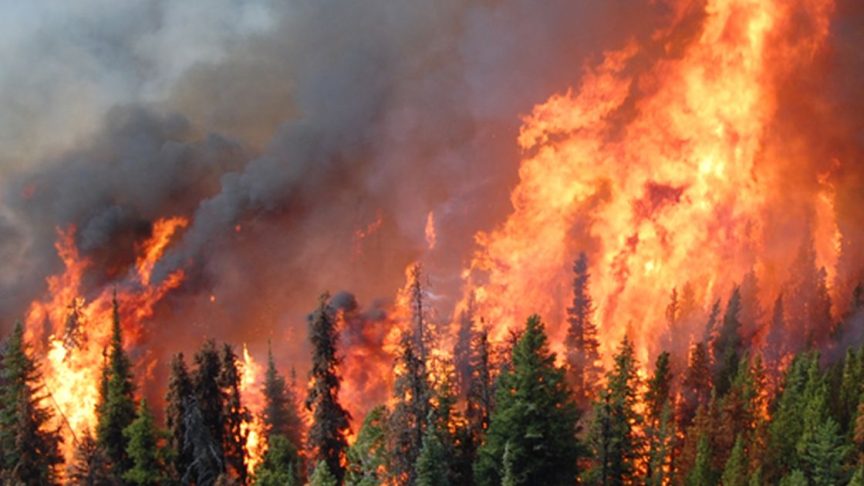 The same sort of artificial intelligence (AI) that allows cars to drive themselves could be used to better prepare for devastating forest fires, says an Alberta fire scientist. Researchers at the University of Alberta and the University of Oklahoma teamed up to study how real-time meteorological data analyzed in a neural network – a machine-learning system modelled on how the human brain functions – could be used to better predict forest fires.

Their findings were published Aug. 8 in the Canadian Journal of Forest Research. The researchers believe it’s the first time a neural network has been applied to fire warning systems.

The researchers had a computer platform read pressure maps and compare the most current atmospheric data with what it learned from 53 years’ worth of data. The computer then produced a self-organizing map identifying patterns in pressure ridges and troughs to predict extreme fire weather over a period of days.

“It’s really focusing on the weather and we can look ahead three days, five days, seven days and it works a little bit better than our current fire danger systems in that it doesn’t rely on precipitation, which is quite variable,” said Mike Flannigan, a wildland fire science professor at the University of Alberta.

Flannigan says three ingredients are necessary for a forest fire to exist: the trees, shrubs and grass that are the fuel, the ignition by lightning or human action, and most importantly, hot, dry and windy conditions.

“So that’s what we were looking at with this study, to try to get an early warning system for these hot, dry, windy conditions,” he told CTV’s Your Morning Friday. Current systems also try to predict precipitation, which Flannigan says is very difficult.

“You can be driving and go through a downpour and drive 10 minutes later and it’s sunny and hot and dry. So, it’s very hard to forecast over a long period of time, whereas the pressure fields we use is much easier.” Flannigan says just 3 per cent of fires burn 97 per cent of the area scorched by fire in Canada. And that devastation happens on relatively few days when weather conditions are extreme.

About 2.5 million hectares of land are burned in forest fires each year in Canada. The most devastating on record was the Fort McMurray wildfire that resulted in about 90,000 people being forced from their homes and an estimated US$3.7 billion in insurable losses in 2016.

Having a few days’ warning for ideal forest fire conditions would allow better mobilization of firefighters and equipment from outside jurisdictions to control the blaze, said Flannigan. Flannigan thinks the research could have an impact on fire monitoring as early as the next fire season and could be applied anywhere in the world.

“Fire management agencies make life and death decisions. They have very sophisticated models and you need appropriate timing and testing and training to incorporate this into their systems.”