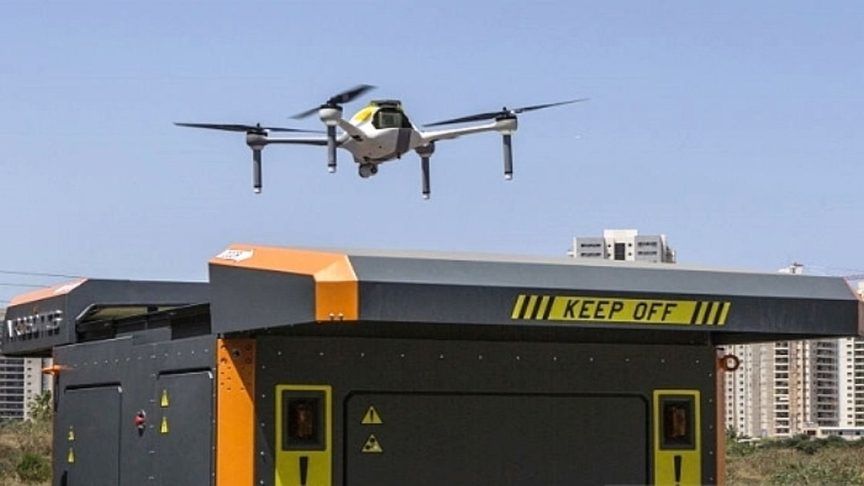 Israeli drone provider Airobotics has secured the first-ever approval by Australia’s Civil Aviation Safety Authority to operate drones beyond visual line of sight (BVLOS) from a remote operations centre. In addition, the unique waiver allows the company to operate without the need of an air crew on site, making it the first such waiver issued by CASA.

Remote pilots are located within Airobotics Australia’s remote centre, operating more than 620 miles away from onsite systems at its customer sites. “This new ‘man on the loop’ level of operations enables human operators to supervise flights, but without requiring ‘man in the loop’ pilots to intervene in flight operations,” a company release says.

Airobotics Vice President of Aviation and Compliance Niv Russo added: “This landmark approval is a major achievement for Airobotics and its future growth across Australia. Removing aircrews from potentially dangerous environments, like mines, enables customers to extract maximum value and reduce risk from their business operations by leveraging technology and automation.”

“The [remote operations] approval sets a new benchmark for unmanned drone operations for the Asia-Pacific region, and given the technical complexity that has been overcome, is a real testament to our in-country capability,” said Joe Urli, Airobotics’ Director of Flight Operations and Chief Remote Pilot.

The company had already obtained a primary level of CASA BVLOS approval, but the new designation is the first and only ever issued by the Australian agency. Earlier this month, Airobotics secured a Certificate of Waiver from the FAA that allows them to fly Beyond Visual Line of Sight for automated drone operations over people.