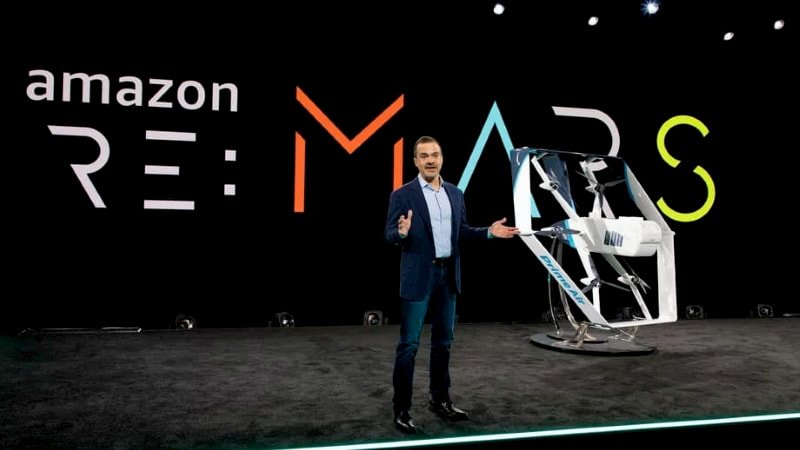 Amazon has unveiled the latest version of its Prime Air delivery drone, a hybrid aircraft that’s capable of vertical takeoff and landing as well as sustained forward flight. The company says it wants to launch a delivery service using the drone in “the coming months,” but has not said where this might take place or how many customers it might cover.

Introducing the drone onstage at Amazon’s Re:MARS conference in Las Vegas, Amazon’s consumer worldwide CEO Jeff Wilke emphasized the aircraft’s safety features. “We know customers will only feel comfortable receiving drone deliveries if the system is incredibly safe,” said Wilke. Amazon says the drone’s safety features make it as “robust and stable as commercial aircraft” — a big claim for technology that is still very much in its infancy.

The new drone uses a combination of thermal cameras, depth cameras, and sonar to detect hazards. With the help of machine learning models, onboard computers can automatically identify obstacles and navigate around them. “From paragliders, power lines, to the corgi in your backyard, this drone has safety covered,” said Wilke.

Amazon has been working on drone deliveries since 2013, so it will be interesting to see whether they will launch successfully in 2019.

There are many companies now developing automated drones/UAVs, so the technology will become commonplace soon. Automated commercial drones have the potential to revolutionise remote sensing and other support functions throughout the forestry industry.