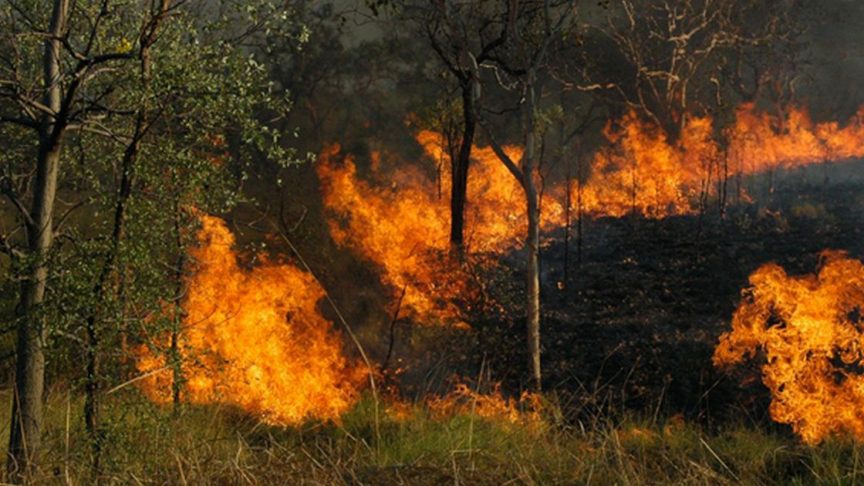 USC researchers will develop a citizen science app for people living in fire-prone areas to help predict the likelihood of bushfires in Australia and minimise their devastating effects. The University has been awarded an Australian Government Citizen Science Grant of almost AU$500,000 to design and implement the app, called NOBURN (National Bush Fire Resilience Network).

Citizen scientists from around the country, including people who hike, work and camp in forest areas, will be encouraged to use the app to collect vital data in the form of photos and forest fuel samples. The Citizen Science Grants are awarded for scientific research projects with a national impact that engage the public as citizen scientists and is part of Inspiring Australia – Science Engagement Program.

The project will be led by Deputy Director of USC’s Forest Research Institute Professor Mark Brown and Director of USC’s Centre for Human Factors and Sociotechnical Systems Professor Paul Salmon. They will be supported by USC Research Fellow Dr Sam Van Holsbeeck and will work in cooperation with artificial intelligence (AI) experts at the Australian Institute for Machine Learning (AIML) at the University of Adelaide.

Professor Brown said the data gathered would be matched with satellite imagery and then used to train AI systems to predict the probability, severity and burn area of potential bushfires. “While naturally occurring bushfires cannot be avoided, there is an opportunity with this project to predict their likelihood and implement strategies to minimise their impact on the environment, property and life,” he said.

“Over 10 million hectares were burnt and over 2,000 homes were destroyed in the 2019-20 fire season, and the impact on agriculture, forestry and tourism industries was devastating. A range of factors determine the intensity and speed of fires, including fuel load, moisture, ignition source and wind. However, the methods currently available to predict fire events and risk are complex and not easily accessible for residents in bushfire-prone areas.”

Professor Salmon said the NOBURN project would result in new knowledge which would be shared with key stakeholders including fire authorities, forest professionals, landowners, key government representatives, and most importantly residents living in fire-prone areas.

“Before a fire, the outputs can indicate high-risk bushfire areas and support community preparation for disaster resilience,” he said. Once there is an ignition, the AI model can quickly and more accurately predict the direction, extent, severity and boundary of the fire, allowing targeted and strategic interventions”.

“This vital information can be used to inform forest management crews ahead of possible fires about the potential fire damage, severity, and affected areas.” Professor Salmon said the NOBURN app project would be a highly innovative, first-of-its-kind collaboration between experts in human factors, forestry and intelligence and machine learning.

Source: University of the Sunshine Coast