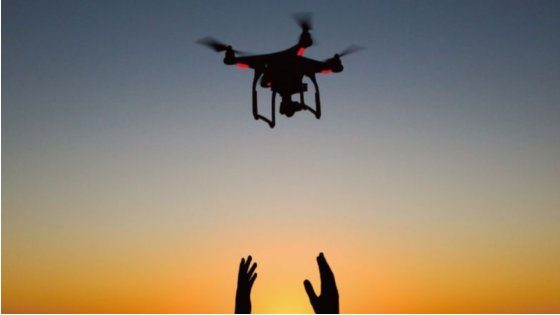 A Coalition senator is calling on Australia’s Federal Government to toughen up laws on the use of small drones. Queensland senator Barry O’Sullivan said he feared a “catastrophic” accident was possible if measures to govern the use of drones that weigh less than 2 kilograms were not considered immediately.

Last September, the Civil Aviation Safety Authority (CASA) relaxed rules around the use of small drones. They can now be used without registration or a remote pilot’s licence but operators must abide by general aircraft rules, including keeping away from flight paths.

Senator O’Sullivan said he feared regulations were removed too quickly. “These people have got these pieces of tin with no training, no proficiency — up they go,” he said. “We do not even have rules about whether they are intoxicated or not. There is nothing.”

Senator O’Sullivan, who investigated aircraft crashes in his earlier career, is worried an amateur could fly a drone into a crop duster or even a passenger jet. “If the two come into contact with each other, the result is probably catastrophic,” he said.

To date there have been no collisions between drones and manned aircrafts in Australia. The Australian Transport Safety Bureau’s Stuart Godley said the chance of a catastrophic event was “very low” but added it was difficult to determine who owned the drones that were causing problems.

“The fact that most of them are above 1,000 feet and most of them are in capital cities, in particular Sydney, and that the weekends are overrepresented, suggests that these are probably amateurs flying for fun,” he said.

Beginner or enthusiast, here’s what you need to know about how to operate a drone safely and what laws you need to follow.

A Senate inquiry is investigating drone regulations and safety, but Senator O’Sullivan wants the Infrastructure Minister Darren Chester to consider re-introducing regulations immediately. “I am calling on the [Infrastructure] Minister to turn his mind to this immediately and to put some interim regulation in, if necessary, as a stop gap until a Senate inquiry has finished its work, until CASA has finished their considerations,” he said. Crossbench senator Nick Xenophon backed that call.

“We need to balance the risk here. We need to listen to the expert advice but also not stop a developing industry from flourishing.”