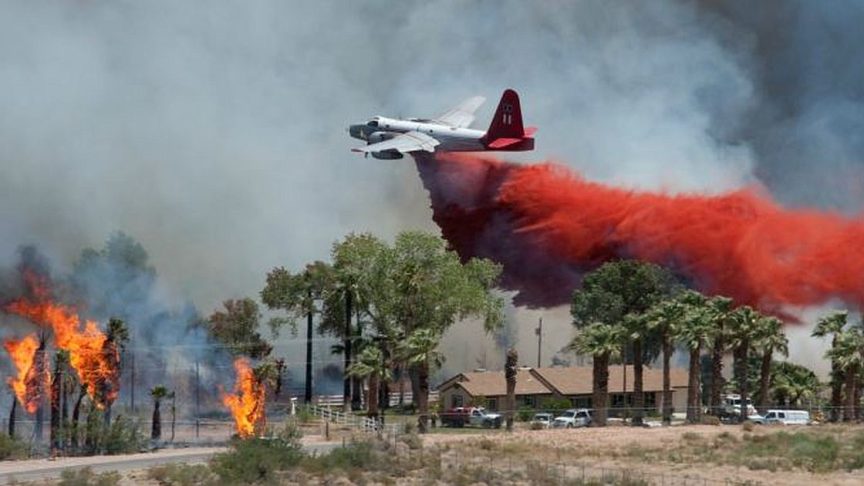 Firefighters may soon get another tool in the drone arsenal, as Thrush Aircraft and Drone America from an alliance to begin development of the world’s first autonomous air tanker.

The Best of Planes and Drones

“The aircraft will also have the ability to conduct long-duration tactical surveillance flights over a fire to give firefighters, operations managers, and public safety coordinators on the ground real-time understanding of conditions and fire behaviour.”

“As the almost incomprehensible devastation of the 2017 fire season has shown, there is virtually no limit to the level of destruction to property and natural environments wildfires can cause,” said Mike Richards, president and CEO of Drone America. “We founded our company on the belief that highly-reliable, well-integrated autonomous systems can significantly improve public and environmental safety. Our collaboration with Thrush represents a major step forward in achieving that goal, and we’re excited to be joining forces in the fight against one of our country’s most challenging foes: wildland fires.”

Autonomous tankers have a unique advantage over manned aircraft – they can fly at night. “Currently, only manned air tankers are used in airborne firefighting operations, and they are restricted from fighting fires during night hours,” says the announcement. “However, it is during this “dark window” that autonomous tankers can take special advantage of the cooler night temperatures and reduced fire activity to support tactical ground operations, without risking the lives of pilots.”

Drones are already becoming widely adopted in firefighting: used to identify hotspots, plan strategy, monitor wind and other factors, and get a birds’ eye view of the terrain. Payne Hughes, president and CEO of Thrush Aircraft, said: “Thrush prides itself in continuously bringing the highest levels of innovation and value to our industry – and joining in the fight to better control wildfires from the air is in perfect alignment with our recent introduction of the 510G Switchback and its advanced manned-aircraft firefighting capabilities.”

“Collaborating with Drone America now gives us the ability to enhance airborne firefighting even more, by applying our design, manufacturing and flight test capabilities to a whole new generation of autonomous aircraft that can do things manned aircraft simply can’t do safely, or as efficiently. We couldn’t be more pleased to be getting this new relationship underway,” he concluded.