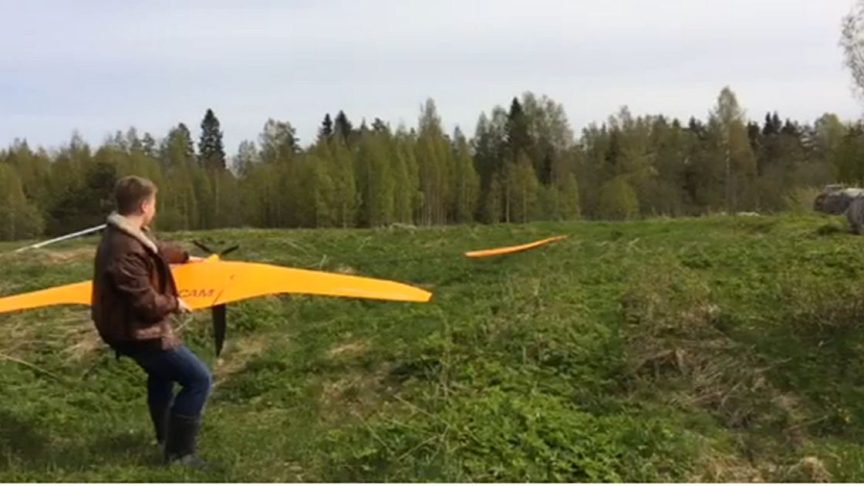 The Natural Resources Institute Finland (Luke) used BVLOS drones to carry out tree-wise forest inventory on an area of 18,000 hectares in North-West Russia.

A huge need exists for up-to-date, precise forest inventory data in Russia. The transition from extensive forest management to intensive forest management has already started in several regions of northwest Russia, resulting in an increase in pulpwood available on the market. Detailed information on current forest resources is a basic requirement for this transition.

Luke carried out the research project “Competitive solution based on Finnish knowledge for management of up- to-date forest resource data in Russia (ISKRA)” to develop a cost-efficient solution for collecting information. “Beyond Visual Line of Sight” (BVLOS) drones were used to cover an area of 18,000 hectares in four days. BVLOS is one of the most promising concepts in the commercial drone world today, as it enables service providers to cover huge areas in a relatively short period of time, with spatial resolution of one cm per pixel. The project partners in Russia received permission to fly BVLOS in the Republic of Karelia, and they followed all local regulations related to obtaining and handling aerial data.

“BVLOS will change the market for commercial drone users, offering a cheaper alternative to current applications such as airplanes and helicopters. The relatively low human involvement will drive costs down, leaving only questions of regulation and data processing. With BVLOS, the latter requires different approaches than those of traditional consumer drones due to the large size of data”, said Eugene Lopatin, senior scientist at Luke.

During the ISKRA project, the tree-wise forest inventory was carried out on an 18,000-hectare area leased by the participating pilot company in the Republic of Karelia. A total of 13,652,458 trees were mapped using drone data and data processing algorithms developed for the project. Each tree’s height, breast height diameter, species and age were measured. The project demonstrates a huge potential of drones for smart forest management not only in Russia but also in Finland.

As part of this year’s ForestTECH 2019 series being run in November in both Australia and New Zealand, trials being undertaken with BVLOS and opportunities for local forestry companies will be discussed. Registrations are now open for the conference and associated workshops (some of which limited numbers will apply). Full details on the programmes for both countries can be viewed on the event website; www.foresttech.events.