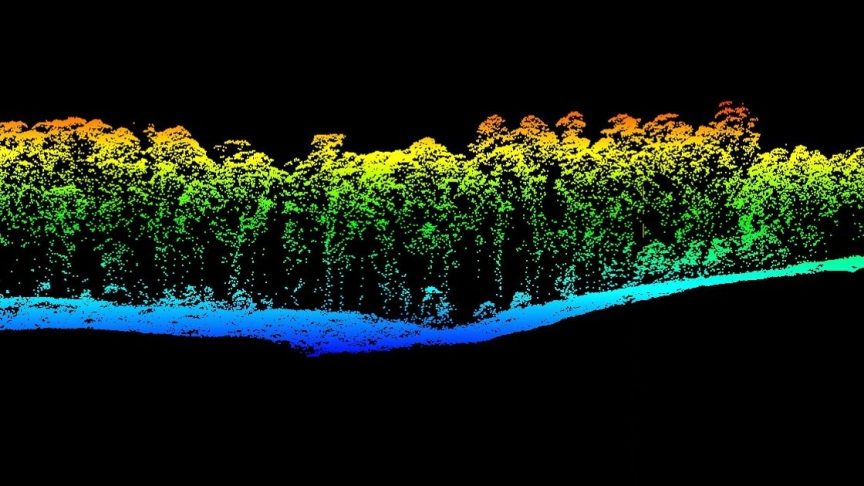 The New Orleans District of the U.S. Army Corps of Engineers (USACE) has been using small unmanned airborne systems (UASs) for land surveying, environmental monitoring, structural inspections and other applications. However, the characteristics of one UAS platform may greatly differ from those of another, and the same is true for the large variety of sensors. To identify key differences between the point clouds produced by UAS Lidar and UAS photogrammetry, a comparison has been conducted using a flood control structure in central Louisiana, USA, as test site.

Both methods succeeded in accurately capturing the structure. The Lidar output took far less time to capture and process and provided a clean and sharp point cloud that was easy to work with. A Lidar scanner is an active sensor, and thus insensitive to the surrounding water and able to measure surfaces within the structure. The photogrammetric data collection and processing took slightly longer and the point cloud required extensive cleaning. Photogrammetric processing relies on identifiable features to be matched across sequences of images. Because the surface of water is void of identifiable features, photogrammetric processing will fail in these areas, resulting in gaps and sometimes spurious points that extend well above and below the water body’s extent. Removing these misplaced points can be time-consuming and difficult. The misplaced water body point’s RGB values could be discriminated and removed from the point cloud using CloudCompare software.