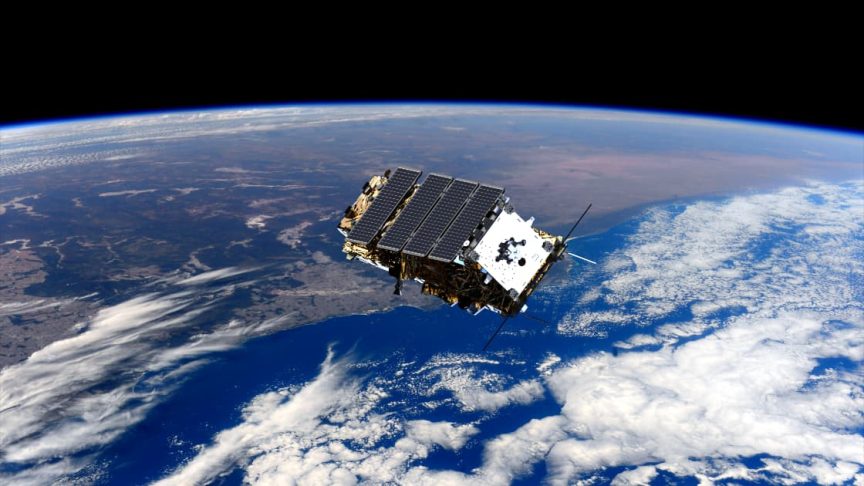 This will mark the first time Australia has managed its own source of Earth observation data, contributing to the growth of the nation’s space industry.

The satellite can take images of the Earth through all weather conditions, including heavy cloud and smoke, offering a valuable data advantage to the many industries now harnessing the estimated $2.5 billion in economic benefits from the Earth observation sector.

Dave Williams, CSIRO’s Executive Director Digital, National Facilities and Collections said CSIRO would be operating its share of the satellite as a national facility available to Australian researchers.

“Although Australia is one of the largest users of Earth observation data, until now we have not had direct control over the tasking of an Earth observation satellite, so the opening of our NovaSAR-1 facility represents a step change for Australian research and an important step forward for our space industry.”

Satellite data will be downloaded to a receiving station near Alice Springs owned by the Centre for Appropriate Technology (CfAT), Australia’s first and only Aboriginal-owned-and-operated ground segment service provider.

Peter Renehan, CfAT CEO, said access to NovaSAR-1 has the potential to benefit many Indigenous communities, like Indigenous rangers who look after land and sea and can use imagery from space to help do their jobs.

“It’s important that we can build and own facilities like this right here in central Australia and feel proud that Aboriginal Australians are making such an important contribution to supporting the development of Australia’s sovereign capability in the space industry,” Mr Renehan said.

Dr Amy Parker, CSIRO Satellite Operations and Data Manager, said synthetic aperture radar imagery like that from NovaSAR-1 has not been widely used in Australia before.

“So far, we’ve used the satellite to capture over 1,000 images, all of which are now available to users. NovaSAR-1 is an exciting addition to the country’s Earth observation resources while also helping us to build our capabilities in satellite operations,” Dr Parker said.

Applications to use the NovaSAR-1 national facility will be reviewed by an independent committee and allocated based on the scientific merit of the proposed research.

To access the NovaSAR-1 data or find out more about applying for satellite time, visit CSIRO NovaSAR-1 national facility at www.csiro.au/novasar

The NovaSAR-1 satellite, developed by Surrey Satellite Technology Limited in the UK, utilises S-band synthetic aperture radar (or SAR), providing medium and high-resolution images of Earth from space. In September 2017 Australia’s national science agency, CSIRO, purchased a 10 per cent share of time on the satellite. The agreement allows CSIRO to direct the NovaSAR-1 satellite to collect data through a range of observation modes with priority over the Australian region for the duration of the mission. CSIRO is operating its share of NovaSAR-1 as a national research facility.

About the Centre for Appropriate Technology