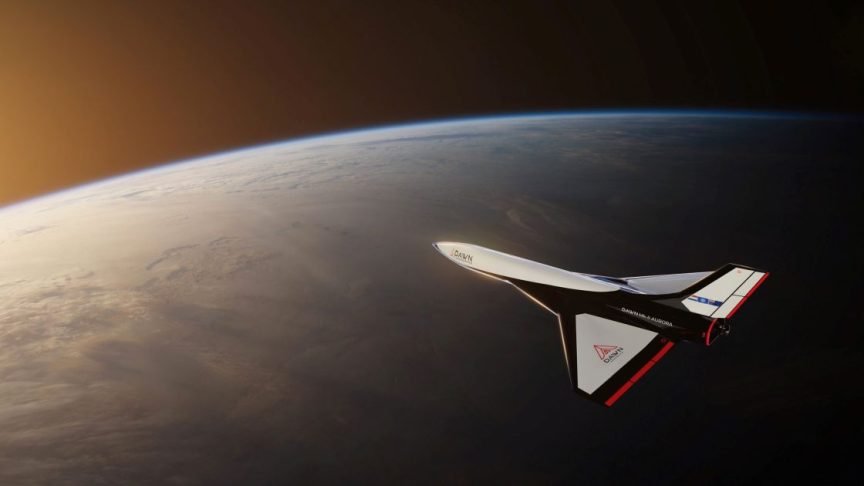 In a world-first, the New Zealand Civil Aviation Authority (CAA) has granted Dawn Aerospace an Unmanned Aircraft Operator Certificate to fly a suborbital spaceplane from a conventional airport.

Authorised under Civil Aviation Rule Part 102, Dawn is setting a new precedent for how we access space. Presently, flights will operate without the need for restricted airspace, proving the worlds of spaceflight and civil aviation can fly in harmony.

Dawn’s Mk-II Aurora is the latest development in a series of test vehicles that will one-day launch satellites into space. Designed to take off and land from regular airports, it is capable of multiple flights per day. To achieve that, Dawn must fly just as other aircraft do, without the need to shut down airspace and have exclusion zones, as is typical for rocket launches.

“The challenge of getting to space is equal parts the vehicle, the launch infrastructure and the regulation,” said Chief Technical Officer, Stefan Powell. “We have made great strides in revolutionising the hardware. Today is a significant step towards the rest; showing we can fly from one of the thousands of civilian airports around the world, and do so without kicking other aircraft out of their airspace. This is the key to rapid, reusable and sustainable spaceflight.”

Dawn has worked closely with CAA over the last 18 months to design flight procedures and systems. These ensure Dawn can safely integrate with other aircraft users without the need to exclude them from airspace. The New Zealand Space Agency (NZSA) has also played a key role in ensuring that this certification will work in combination with a high-altitude vehicle license, thus providing access in time to suborbital space.

“CAA and the NZSA are showing that innovative and future-proof regulation is a reality in New Zealand,” said James Powell, GM and Head of Certification. “It’s not easy, but is the product of the tireless efforts of the CAA and NZSA to keep New Zealand at the leading edge of aerospace innovation. We couldn’t do this anywhere else in the world.”

In 2019, Deloitte reported the space industry already contributed over NZD 1.69 billion to the NZ national economy. In a time where the aviation industry is grappling with the fallout from COVID-19, Dawn Aerospace continues to grow and is actively hiring. Space launch, a $9 billion industry worldwide, achieved only 97 successful orbital launches out of 102 attempts in 2019. Dawn Aerospace is looking to dramatically increase this with daily flights to space from airports around the world.

First flights of the Mk-II Aurora will begin in 2021 from a remote airport, in an uninhabited area, on the South Island of New Zealand.