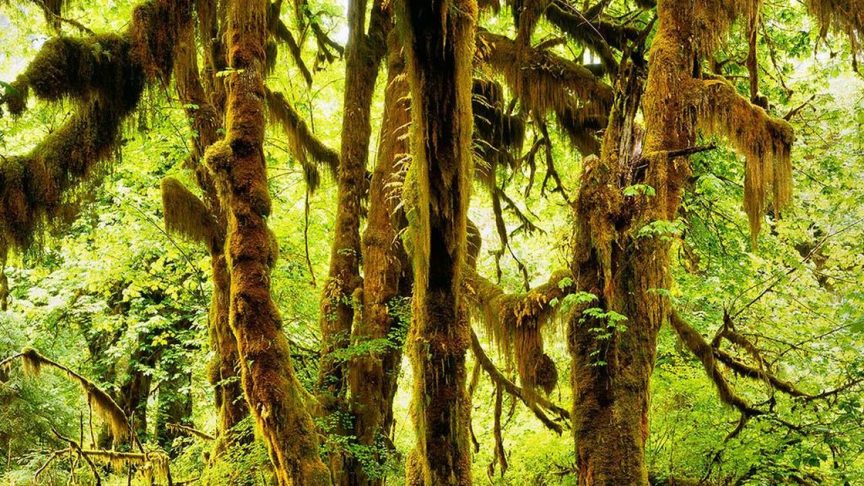 With the right equipment and a little luck, stealing a tree from a swath of land as remote and vast as the Olympic National Forest should have been easy enough.

In the summer of 2018, Justin Wilke, a Washington man in his late-thirties, found what seemed like the perfect candidate for poaching: a big-leaf maple located about a quarter mile from the Elk Lake trailhead on the forest’s eastern edge. A small number of big-leaf maples, which grow from British Columbia to southern California, have a distinctive grain that makes them particularly valuable.

When these trees are milled and finished, they reveal a watery psychedelic pattern that resembles something between a hologram and a Magic Eye image. Specimens can earn a few thousand dollars each at a lumberyard, from which the wood will eventually find its way to specialty furniture makers and luthiers. Wilke needed the cash, and judging by what he saw when he peeled back the bark, this tree promised spectacular markings.

That summer, prosecutors would later allege, Wilke had already poached three big-leaf maples in the Elk Lake area, bringing blocks of the felled trees to his home some nine miles from the trailhead, where he cut them into smaller blocks to sell nearby. Altogether, the value of the wood totaled $4,860. For Wilke, who lived in a run-down trailer, that was a lot of money.

Now he was going after a fourth maple. On August 1, Wilke, his girlfriend Cassie Bebereia, and two associates he’d hired for the job, Lucas Chapman and Shawn Williams, set up camp near the trailhead.

A few hours later, the three men hiked into the forest and began to clear the trees around their target. In the process, they found a wasp’s nest in the base of the maple. Their wasp spray wasn’t effective, so they decided to set the nest on fire. After failing to extinguish the blaze, Wilke and his team fled the scene.

Several hours later, a hiker reported a wildfire. By the time firefighters arrived, the flames had spread to the canopy, making quick work of the old-growth forest. Choking plumes of smoke were visible for miles. Over the next three months, the Maple Fire burned more than three thousand acres of pristine forest.

Wilke was a leading suspect from the start. It was clear to firefighters that whoever had tried to cut down the tree had likely started the fire, and Wilke had been spotted at the scene.

In late August 2019, he was charged with eight crimes, including conspiracy, theft of public property, trafficking in unlawfully harvested timber, and using fire in furtherance of a felony. Prosecutors felt reasonably confident, but to bolster their case, they decided to turn to an unlikely source of evidence: tree DNA.