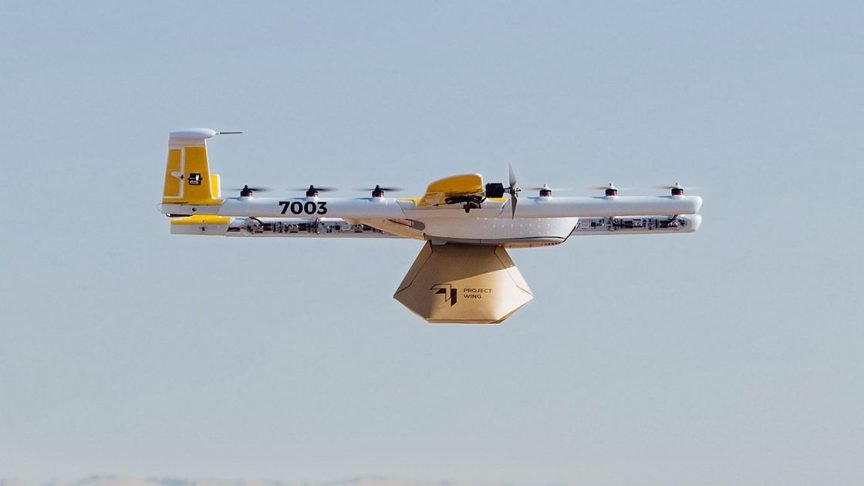 At Amsterdam Drone Week, James Burgess of Google X spinoff Wing showed a system of drone delivery that’s made over 2500 customer flights in a test outside of Canberra, Australia. In the last nine months, Wing – graduated from Project X and now independent under parent company Alphabet – has worked on a widespread test of drone delivery in a suburban community of Australia.

The Wing test is both broad and deep. Wing isn’t just testing the safety and utility of their delivery drone and logistics process, but the viability of their UTM platform, which they hope to make available to 3rd parties. They’re working through usability issues for their delivery customers, their neighbours, and regulators – and while Burgess acknowledges that there are still many issues to consider, Wing has gone a long way in addressing the needs of the entire stakeholder community in drone delivery.

Wing’s customer is the consumer. Customers in the test area can request drone delivery from a number of different local businesses: first they order an item from a business, like a package of children’s aspirin from a local pharmacy. Wing then dispatches a drone – empty – from a launch area, and travels to the airspace around the pharmacy, without landing.

The drone lowers a winch, and the pharmacy attaches the package of aspirin. Wing then flies to the customers home – or the nearest viable and safe delivery point, which the customer may choose from – and lowers the package to them, again without landing: which means that customers and businesses only interact with the package, not the drone.

It’s a service that has proved more popular than Wing imagined. Customers have used the service more than anticipated, with over 2500 customer flights completed. Having already moved from more rural areas into the suburbs, next year Wing plans to move the service to more populated urban areas. More >>.