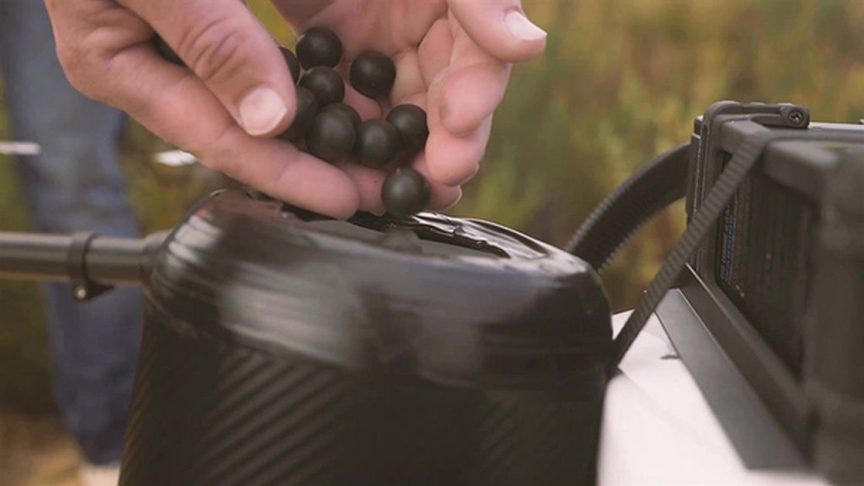 At the recent ForestTECH 2019 series run for New Zealand and Australian foresters, a US company, DroneSeed, outlined their work with forestry companies using swarms of drones for both planting and spraying. Trials with planting have just been completed in New Zealand.

Another company has also been working behind the scenes on a similar concept. Two drone enthusiasts have devised a new invention that allows drones to plant large numbers of seeds in minutes. South African Andries Louw and Australian Andrew Walker built a pneumatic firing module that shoots seeds into soil.

It can spit out two seeds per second at velocities of anywhere between 150 and 300 metres per second. This is faster than the cruising speed of a passenger jet. The module, called it Podder, can attach to the bottom of popular drone models.

The first module was built in a garage in Hermanus, but since then Louw, a certified drone pilot, and Walker, a mechanical engineer based in Sydney, have founded a company called AirSeed Technologies, and hope to use their technology to address deforestation.

It’s not the first-time seed-planting has been done by air, but the success rate of germination is low. Drones have also been used, but Louw says payloads have been limited to 150 seeds per flight due to the weight of the seeds, which also needed to be pre-germinated.

So, AirSeed designed a carbon seed pod made from a soil additive called biochar to make them lighter. This highly compressed charcoal is made from the thermochemical conversion of biomass.

The balls come out looking like black paintball bullets. They’re light, weighing as little as 5 grams, and strong – which also means there can be up to a thousand seeds in a single payload.

By compressing seeds into the biochar, the pods act like a natural fertiliser. The seeds also don’t need to be pre-germinated as the carbon is nutrient-rich and can be infused with land-specific microbes and fungi.

“Without the seeds the entire project would mean nothing…We had to come up with a solution for the payload that was light; that was viscus, in other words smooth; that was durable and would not break on impact; and that protected the seeds from animals.”

A secret to their success is specially designed carbon seed pods – made from a soil additive called biochar, which is highly compressed charcoal made from the thermochemical conversion of biomass.

The seeds don’t need to buried deeper than 2.5 cm into the ground and can be dropped onto the soil. What’s more, every time a pod is planted, they can log its GPS. This allows them to measure the success of every seed they’ve planted.