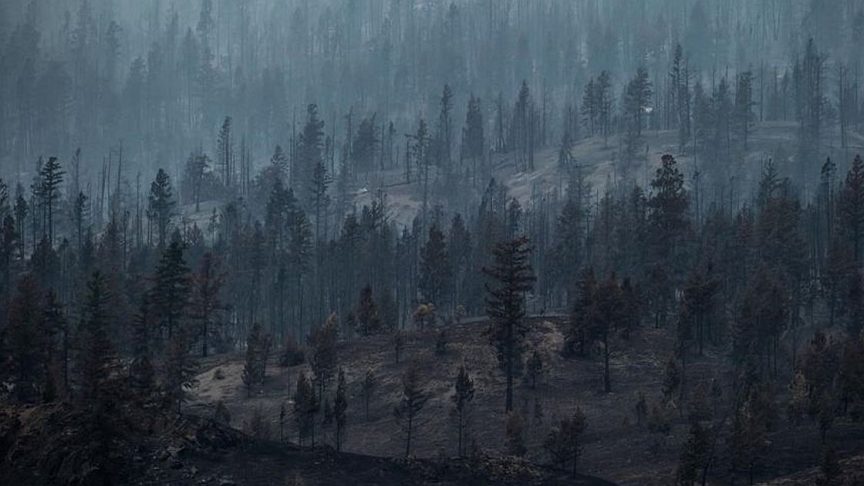 Researchers at the University of British Columbia are using drones to investigate how much damage the 2017 wildfire season wreaked on B.C.’s forests. By flying the unmanned machines over B.C.’s Interior, graduate students and a professor in forestry can not only see the size of the area burned but can also use the drones’ high-resolution images to create 3D models of the forests.

“We can observe the effect and severity of the fire on each individual tree and use all this information to really understand the general patterns in which fires occur,” Nicholas Coops, the Canada research chair in remote sensing and a UBC professor, said in a release.

Previously, forests were surveyed using aerial imagery and satellite imagery. Those images have a rather coarse resolution, and the ones taken by drones are much higher quality. The new technology enables researchers to see forest details down to the centimetre.

The 3D models help researchers gather other information, “Like, how much timber is left standing? Can that be salvaged? And what is the condition of the dead timber—whether that’s likely to be a good habitat for animals of the future,” said Coops.

In 2017, B.C. witnessed its worst wildfire season on record with 11,900 square kilometres of land charred. At the peak of the disaster, 50,000 residents were forced to leave their homes.

In addition to looking at forest damage from fires, drones could also be used to monitor a forest’s healing. Researchers interested in forest regeneration assessment can look at how young trees are growing through time and monitor the progress of harvests.

The researchers partnered with Vancouver-based drone startup FYBR to conduct their study. FYBR’s CEO Patrick Crawford said the research has implications for the forest industry. “Just like a lot of industry today, big data and machine learning are key to how businesses are going to be optimal in the future,” he said.