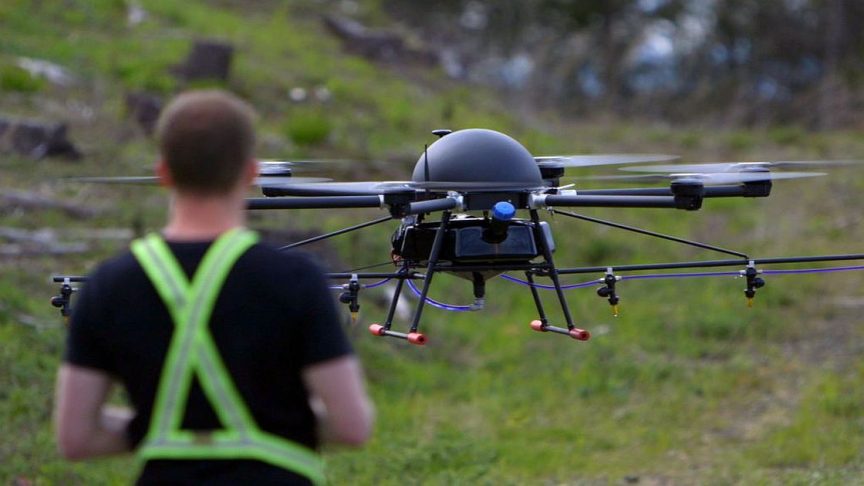 DroneSeed, the innovative drone planting company that has presented at the last two ForestTECH events and has undertaken operational trials in forests a number of local locations, has been recognised by Fast Company as one of the Most Innovative Companies in Robotics in 2021.DRONESEED – For replanting fire-ravaged forests

We’ve just seen the worst wildfire season on record in the United States, resulting in more than 8 million acres of land burned. On average, the world loses 18.8 million acres of forest to fires every year. Getting all that forest replanted and back to converting carbon dioxide is crucial to the environment, but in practice, it’s a costly and slow process.

Seattle-based DroneSeed uses swarms of large, proprietary drones to carry seeds to burned areas and plant them in spots where they’re most likely to grow well. The seeds are delivered in “vessels” designed to keep the seed hydrated and protected from animals. The company says that it’s seen its contracts jump well into the six figures this year, and it’s now working with the Nature Conservancy and three of the five largest timber companies.