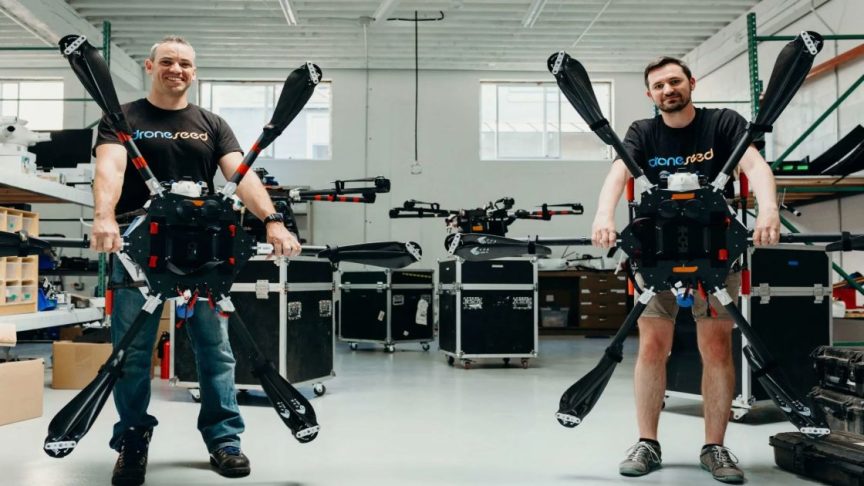 DroneSeed has announced it has raised US$36 million in its Series A funding round. The round was led by Social Capital and Seven Seven Six, with participation from new and existing investors. Part of these funds were used to acquire Silvaseed, a 130-year-old forestry company, to expand DroneSeed’s seed collection and seedling cultivation services.

A pioneer in climate tech and post-wildfire reforestation, DroneSeed is the only company approved by the FAA to deploy a fleet of heavy-lift drones to reforest after wildfires, enabling healthy forests to grow back. This year, wildfires across the U.S. have already burned nearly six million acres of land, demonstrating the growing need for a full suite of vertically integrated reforestation services like those DroneSeed offers.

DroneSeed can drop seed vessels within 30 days after a fire, compared to traditional methods which can take years of waiting to replant. After it reforests burned land, DroneSeed sells the resulting carbon credits to organizations looking to go carbon neutral or negative.

“Global reforestation is key to our fight against climate change,” said Jay Zaveri, a partner at Social Capital. “We’ve supported DroneSeed from the very beginning given its promise to terraform our planet for good. Since then, DroneSeed has scaled its effort to reforest land, found a profitable model through carbon markets, and transformed the experience of forest development for landowners.”

“DroneSeed is using technology to restore forests faster and help save our planet. Their team’s mission-driven approach is what made this investment and partnership a natural fit for Seven Seven Six,” said Katelin Holloway, Founding Partner at Seven Seven Six who is joining the board as an observer. “DroneSeed has recruited fantastic talent from diverse communities and disciplines, and we are thrilled to support them as they take on an incredibly important global challenge: climate change.”