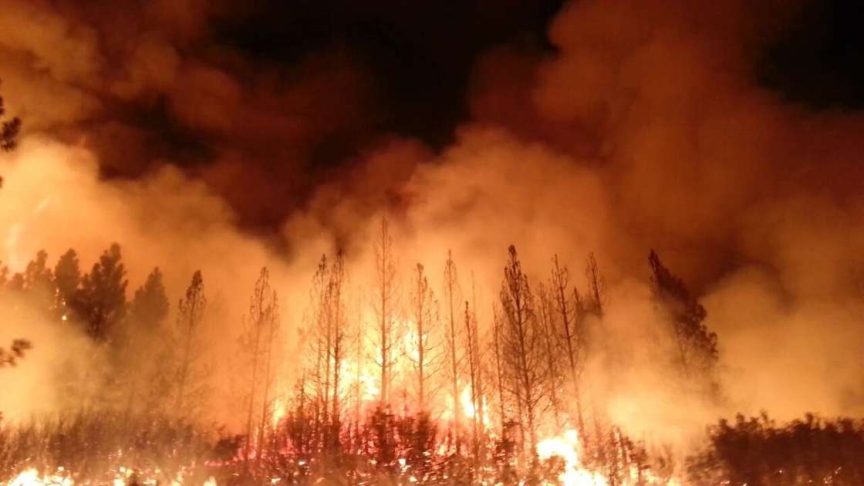 A warming New Zealand could help its plantation forests grow – but not without extreme fire risk almost doubling by the end of the century. Scion researchers have modelled what climate change will mean for the country’s plantation forests, taking into account everything from growth gains to risk from pests, disease and wind.

But when the photosynthetic effects from increasing carbon dioxide were factored in, the researchers estimated productivity gains of around 10 per cent by 2040, and double that by 2090.

The study’s lead author, Dr Michael Watt, said there were some other positives that emerged from the projections. More growth would mean greater uptake of CO2 which could further offset New Zealand’s carbon emissions.

Further, the average season length with “very high and extreme” climatic fire risk could almost double under climate change by 2090. 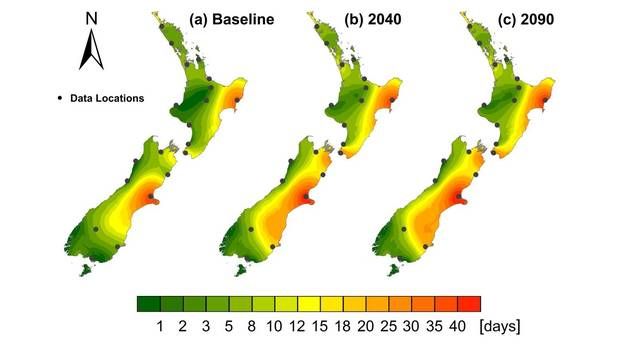 Projections of the annual frequency of Very High and Extreme forest fire danger over the fire season months. Source / Scion

Rural fires already wreak enough damage to cost the economy around $67 million each year, although they generally tended to be smaller, and not on the scale of monster blazes seen in dry places like Australia that roll through thousands of hectares of land.

Under projected scenarios, which assumed several degrees of average temperature increase and stronger, more frequent westerly winds, firefighters could face not just more and larger fires, but those with extreme characteristics that can threaten crews.

Although the most fire prone regions of Gisborne, Marlborough and Canterbury would remain the most at risk, the relative increase in risk was highest in Wellington and coastal Otago, where it could double and triple to 30 days and 20 days per season, respectively.

The new study found a further risk of damage from insects, Watt said. “We don’t currently have any damaging insects with New Zealand plantations, but population levels and resulting damage are likely to increase in the future as warmer temperatures accelerate insect development.”

Watt expected the new findings would prove helpful to forest managers in planning for the future.