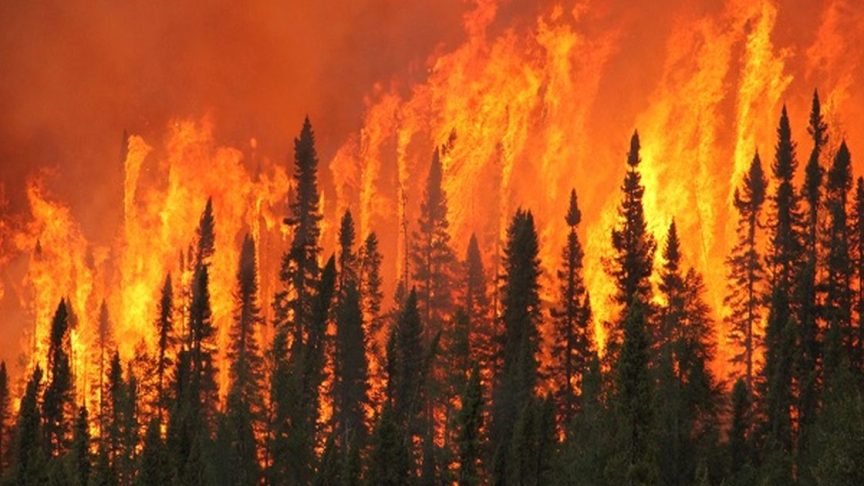 As wildfires recently have burned across the interior of British Columbia, thousands of residents were forced out of their homes — many not knowing whether those homes would withstand the flames.

It’s a scenario seen increasingly not only across North America’s west coast, but in places around the world facing drier, hotter weather due to climate change. Scientists say such fires are only going to get worse in coming years.

That’s where astrophysicist Carlton Pennypacker comes in. Along with a team of fellow researchers at the University of California Berkeley, Pennypacker is determined to help address the growing wildfire threat.

Since 2013, his team has been been working away in the lab to develop a system they call the Fire Urgency Estimator in Geosynchronous Orbit ( FUEGO).

It harnesses innovative drone and satellite technology to help monitor wildfires in their early stages — long before they begin to burn out of control.

FUEGO can locate and track fires using drones, planes and satellites mounted with special infared cameras. The software is able to pinpoint potentially threatening fires and immediately dispatch air tankers and ground firefighters to the area before they start to spread.

“There are basically about four simultaneous revolutions that really make this system possible,” Pennypacker tells Day 6 guest host Marcia Young. “There’s the sensor, as cameras’ detecting elements have just gotten so good and so cheap. Unmanned aerial vehicles, or drones, have gotten much cheaper [and have] longer endurance. Image analysis software has gotten so much faster and cheaper because of advances in computing.”

All of that makes it easy to detect fires and send alerts to fire suppression forces, such as fire officials and forest crews, Pennypacker says. While it will be a few years before FUEGO is fully operational, Pennypacker and his team have begun testing parts of the system and are hoping their work can eventually make a difference in the way wildfires are handled.

“It’s probably five years before we’ll have a huge effectiveness,” Pennypacker says. “I think we can have some modest effectiveness almost immediately. We’re not going to stop all fires. [But] I think a lot of the pieces of the system are ready to go. The future is quite optimistic on this, and I think we have a lot of hope for doing this.”