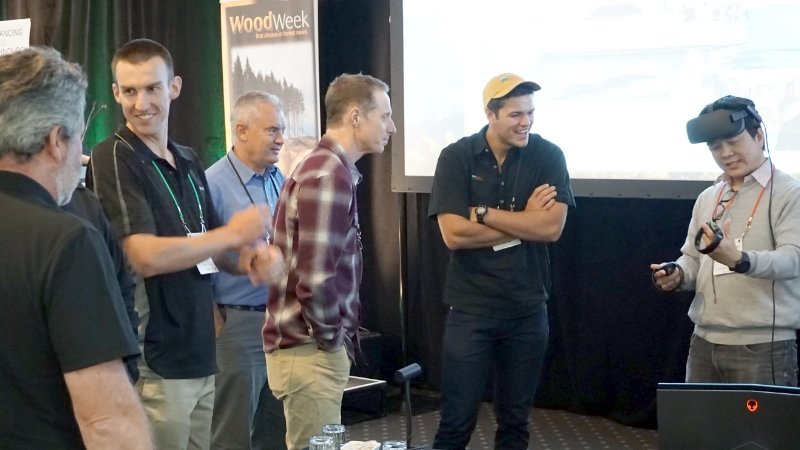 Since 2007, ForestTECH has been the one event every year that continues to draw in foresters to one location in both countries. Key researchers, technology providers and forest owners are also now picking up the opportunity of building in their own client meetings, workshops and discussion groups around both the New Zealand and Australian events to capitalize on this “once a year” turnout.

Over 270 delegates attended the event series in November 2017. All of the major forestry companies in Australia and New Zealand were represented along with representatives from major Indonesian and South African forestry companies.

Last year new data collection technologies were highlighted. ForestTECH 2017 reviewed advances being made on accessing, processing and better interpreting the associated big data streams that were being collected out in the field. The task being grappled by many forestry companies was how best to sort through and use the collected data and convert it into something that’s usable for all stakeholders.

The focus for ForestTECH 2017 was “unlocking the true value of data”. New systems for better measuring, managing and analysing this information was again reviewed as part of the 2017 technology series. Emphasis was also put on research findings from recent in-forest trials and from a world class three-year, AU$1.8 million collaborative research project on remote sensing jointly funded by Forest & Wood Products Australia (FWPA), forestry companies, universities and government.

Leading Australian and New Zealand researchers who’ve been working alongside local forestry companies were for the first time able to share their results.

ForestTECH 2017 also was able to review some of the disruptive technologies that were showing real promise for research, in business and are already being used operationally out in the field. These included technologies like; artificial intelligence, the IOT, machine and deep learning, robotics, automation, UAV’s and the use of virtual and augmented reality.

The technology come November 2018 will have moved on considerably in just 12 months. Remote sensing is probably right now, showing the fastest pace of change anywhere within the forestry or wood products industries. The payback in savings on improved productivity, the level of accuracy in the data being collected and processed and safety out in the field is indeed significant.

For ForestTECH 2018, the focus will be on how the results from this recent research and new technology is being applied and employed out in the forest – just what has this meant operationally and financially to local forestry companies.