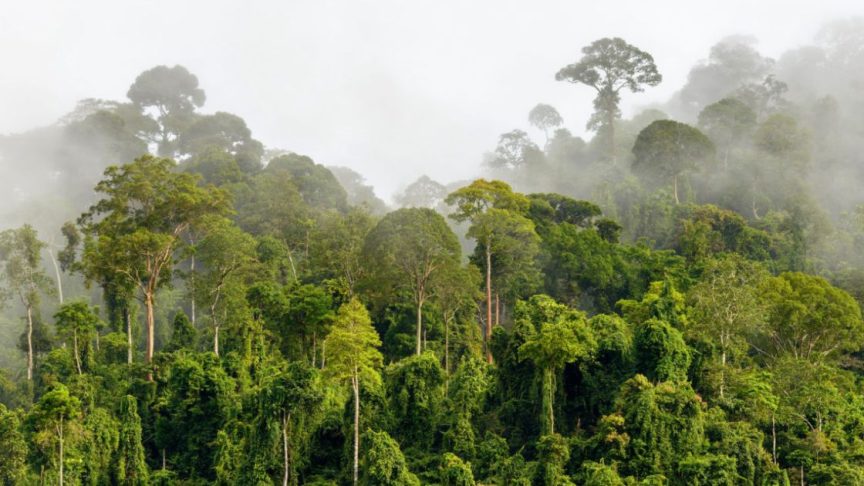 Forests are crucial for global efforts to prevent dangerous climate change. As the global community works out what to prioritize in this quest against catastrophe, figuring out which forests are gaining and losing carbon – and why – is an important piece of the puzzle.

Until now, however, data on carbon gains and losses in global forests has been piecemeal and variable, and that has serious implications for land-use decision making – from local to international scales. “I think a lot of the decisions that are taken within the [U.N.] Paris Agreement [on climate change] depend on incomplete data sets, because they come from national greenhouse-gas inventories, which are frequently incomplete,” said Rosa Roman-Cuesta, an associate researcher at the Centre for International Forestry Research (CIFOR), in an interview.

“Many countries do not report all their forest activities nor all their carbon pools. This leads to an inconsistency between what countries report and what global modelling and atmospheric observation offer – It is our role as scientists to help to bridge this gap towards the UNFCCC global stocktake in 2023.”

Roman-Cuesta and a team of scientists from CIFOR, NASA Goddard, NASA Jet Propulsion Lab, The Sustainability Consortium, University of Maryland, Wageningen University & Research (WUR), Woodwell Climate Research Center and World Resources Institute (WRI), hope to address that discrepancy with a ground-breaking global set of forest carbon flux maps, which have just been released in the journal Nature Climate Change and made publicly availableon the Global Forest Watch website. “We now have eyes everywhere to monitor changes of forest cover and carbon stocks globally,” said Sassan Saatchi, principal scientist for Carbon Cycle and Ecosystems at the NASA Jet Propulsion Lab and a co-author of the research, in a press release.

The team used a combination of ground measurements and satellite observations to obtain the first globally-consistent data set for forest carbon flux estimation over the years from 2000 to 2019. The data takes into account the full carbon pool provided by each forest, including above- and below-ground biomass, debris and soil carbon. “This paper, with whatever flaws it may have, offers comparable, complete and consistent data across all forest biomes of the planet and I think that provides valuable new insights on where hotspots for action are in forests worldwide,” said Roman-Cuesta.

“[This is] something that we in the forest remote-sensing community have been working towards for many years, but was a big scientific and computational challenge until now,” said Martin Herold, another co-author and a professor of geo-information science and remote sensing at WUR. “It’s the most up-to-date and detailed map of its kind ever produced — in that sense a really important global contribution in terms of better information on the forest carbon cycle, and on the functioning of forests and their interactions with the climate.”

The researchers found that the world’s forests absorbed twice as much carbon as they released each year. Carbon release was caused chiefly by deforestation and degradation. “Forests act as a two-lane highway in the climate system,” said Nancy Harris, co-author and research director at WRI, in the press release. “Standing forests absorb carbon, but clearing forests releases it into the atmosphere. A detailed view of where both sides are occurring – forest emissions and forest removals – adds transparency to monitoring forest-related climate policies.”