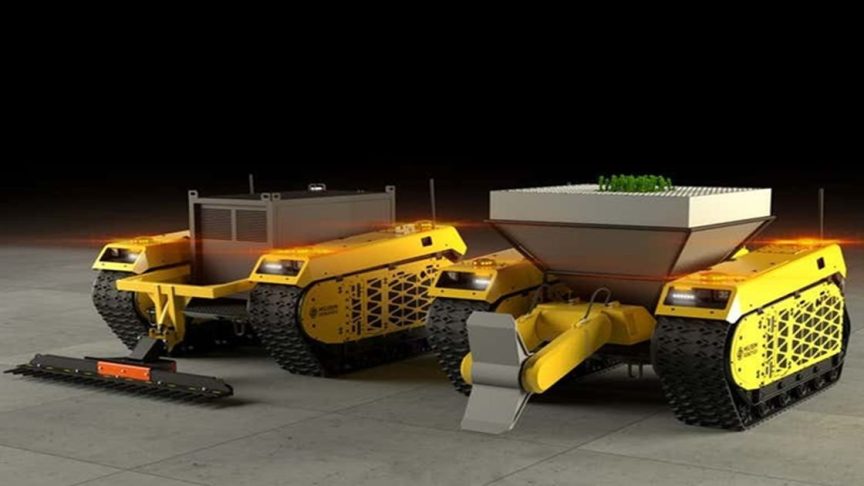 Robots help us in many ways – from assembly lines to looking after the elderly. Now they’re turning their attention to combating climate change by helping to plant trees.

Milrem Robotics, an Estonian company which started off building autonomous tanks, has developed an autonomous robot forester that can plant and nurture young trees. The new robot planter carries up to 300 seedlings and can plant a hectare of forest in less than six hours.

Although the robot forester is primarily designed for working in commercial forests, the designers say they believe it could be used to restore natural forests too.

The robotic planters are equipped with Lidar (Light Detection and Ranging) which uses laser pulses to build up a three-dimensional image of the robots’ surroundings and global positioning (GPS) to navigate precisely across the terrain.

The position of each sapling is logged in a database as it is planted, which means that a specialized brush-cutter version of the robot forester can cut back competing growth without harming the young trees. Makers Milrem Robotics say their robot vehicles can also be used to prepare the ground for planting by towing ploughs.

The robots were developed in partnership with the University of Tartu, Tallinn University of Technology (TalTech) and the Estonian University of Life Sciences and the project has been backed by a $2.4 million grant from the European Union.