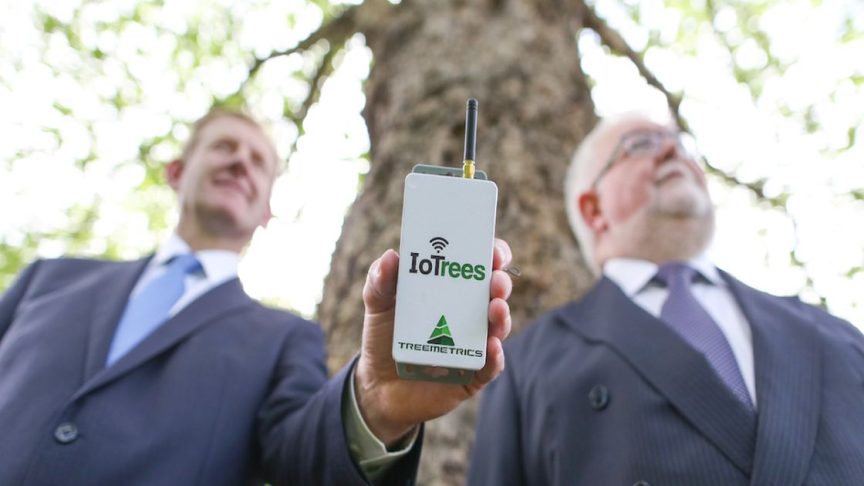 Irish specialist software developer Treemetrics has won a €1.2 million contract from the European Space Agency (ESA) to provide a system for tracking tree and forest growth.

The Cork-based company has developed a system using satellite technology that allows forestry owners and investors to accurately measure and record the growth of their assets over time rather than estimating them.

Treemetrics confirmed that it has agreed a deal worth €1.2 million with the ESA under which its technology will feed data on forest growth and development into the agency’s satellite communications systems. The news comes shortly after the business agreed a €1 million deal with State forestry company, Coillte, that will help make its harvesting operations more efficient.

The agreement will ultimately provide forest owners with real-time information on the progress of their investments, tackling a key issue for investors, who up to now had to rely on estimates, according to Treemetrics chief executive Enda Keane.

The company has developed sensors that are strapped to trees. Once a month they broadcast information on rate of growth and maturity to a network which can then be communicated via satellite. The system gives clear data on trees’ and forests’ development.

European taxpayers support the ESA, which is required to use its systems to provide economic and other benefits. “It’s significant that a small Irish company can actually engage with a major agency to develop systems to help it with its work,” Mr Keane noted.

Mr Keane and his colleague Garrett Mullooly set up Treemetrics in 2005 as they believed that there was a need to use new technology to replace old forestry management systems. The company has customers in 16 countries.

For more information on ‘The Internet of Tree’s’ technology, click here.