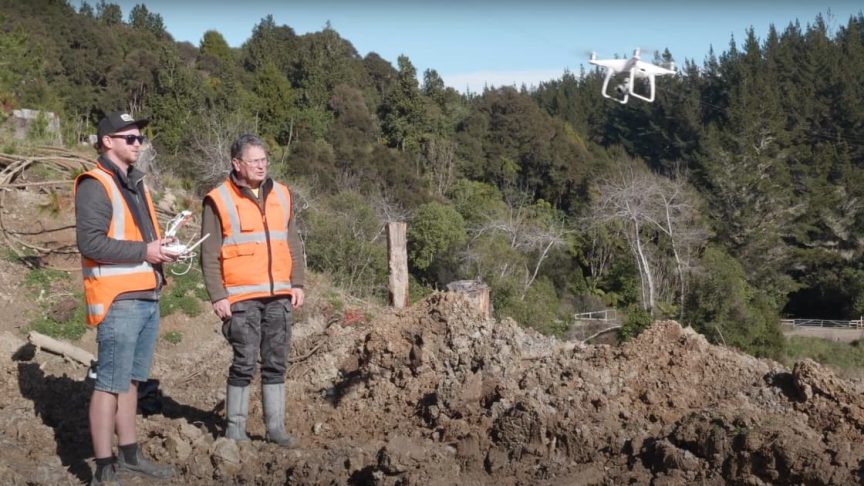 Drones have become a valuable asset for the Gisborne District Council. with three machines proving their worth several times over. Use of the drones has grown extensively over the three years since the council got its first machine, says council principal scientist Murry Cave.

The three drones are a DJI Phantom 4 Pro, a Mavic and a waterproof one. The DJI Phantom 4 Pro, which cost $3500, is the council’s most frequently used drone as it is compatible with aerial mapping software. The smaller Mavic drone, worth $1500, is used for videos, while the $4000 waterproof drone is being trialled for flood gauging work.

“Getting a drone is a lot more cost-effective than getting one lot of images from satellites,” Dr Cave said. “The principal areas we use them for are doing detailed mapping of areas where we have issues.

“For example, with the last wet weather events in June and July, we had a series of dams form across rivers. “The satellite imagery available was poor quality but using a drone we were able to map the extent of the lakes that formed behind the dams and then work out the risks associated with a breach of the dam walls.

“Drones were used in remote areas where it is not possible to walk around the areas with a GPS (Global Positioning System) to map it.

Filmed and Edited by Ben Cowper