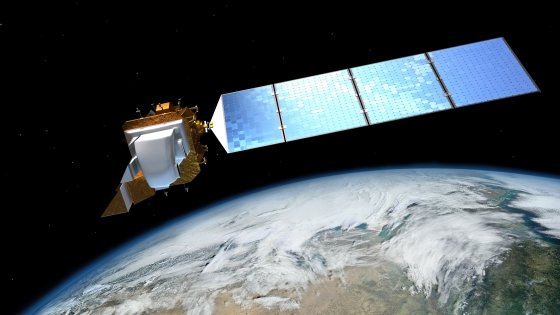 New images released recently by Google Earth from the Landsat 8 satellite are giving viewers a crisp, stellar glimpse of our planet. In a blog post, Google Earth Engine program manager Chris Herwig explained exactly how the updated technology takes the satellite view of earth from extraordinary to breath taking.

According to Herwig, the new images harness the power of the Landsat 8 satellite. Google Earth had relied on images from the satellite’s predecessor, Landsat 7. However, Landsat 7 images taken after 2003 suffered a setback when a hardware failure created large, diagonal gaps of missing data.

Similarly, Herwig wrote, when satellite images are taken, they are often cloudy, but in different locations. To remedy this, the team combed through millions of images, chose the clearest pixels and stitched together a resulting cloud-free, seamless image of Earth.

“Landsat 8 captures images with greater detail, truer colours, and at an unprecedented frequency — capturing twice as many images as Landsat 7 does every day,” wrote Herwig. “This new rendition of Earth uses the most recent data available — mostly from Landsat 8 — making it our freshest global mosaic to date.”

Landsat is a joint effort of the USGS and NASA. It has been in operation since 1972. The program uses the same Earth Engine APIs that are used to track tree cover, loss and gain and to predict global malaria outbreaks. In 2013, Landsat 8 launched into orbit and has provided twice as many images as Landsat 7, according to Google Earth.

Images can now be viewed using Google Earth or the satellite layer on Google Maps.

The use of free satellite multispectral imagery from Landsat and Sentinel 2 sources will be part of this year’s ForestTECH 2016 event that is being planned and designed with forestry companies at the moment. The annual technology update for resource foresters and remote sensing specialists will run in Rotorua on 16-17 November and again in Melbourne on 22-23 November. Further details can be found on the event website, www.foresttech.events. If you wish to keep updated on programme details you can subscribe to updates via the event website. Further information will be available shortly.