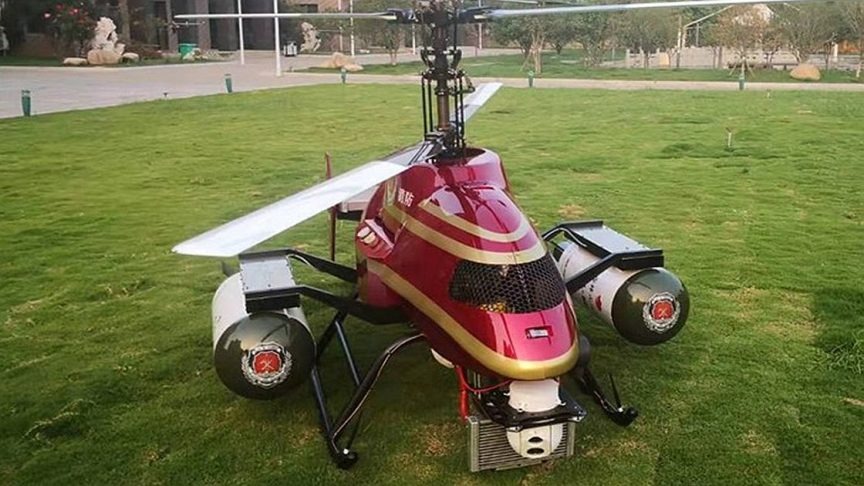 One of the good things about drones is the fact that they can safely be flown in conditions that would prove hazardous for crewed aircraft. That’s where the JC260 unmanned helicopter comes in, as it’s designed to fight forest fires.

Created by Chinese manufacturer QilingUAV, the JC260 can be equipped with two of the company’s retardant-filled “fire extinguishing bombs.” Dropped separately or in unison, each of the bombs the company claims can cover a flaming forest area of 50 cubic metres.

Lift is provided by two sets of counter-rotating rotor blades, measuring 3.6 m in diameter. These are powered by two 34-hp water-cooled gasoline engines, taking the aircraft to a claimed cruising speed of 100 km/h. One tank of gas should be good for a flight time of three to four hours.

A ground-based operator remotely pilots the drone in real time, based on output from its onboard cameras. A simple one-click system on the remote is used to drop the bombs. The copter measures 2.8 m in length, and tips the scales at 260 kg – bombs included.