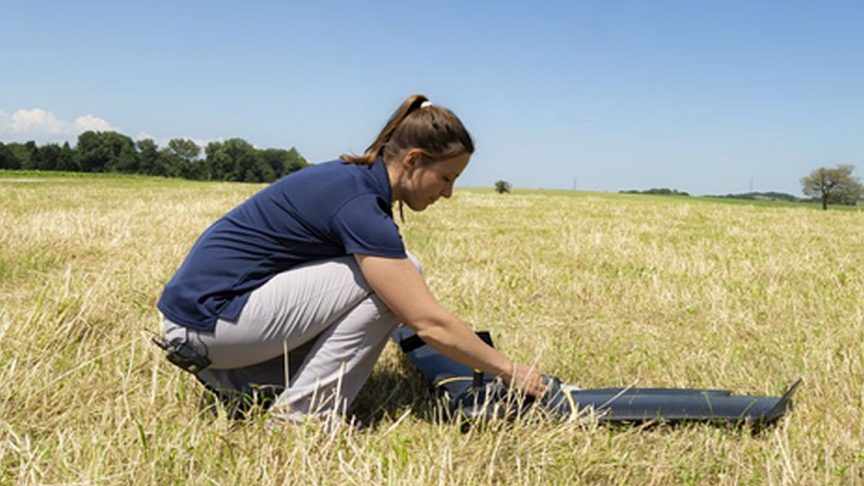 In Waypoint’s newest segment, Ask Andrea, senseFly’s Product and Training Manager, Andrea Blindenbacher, answers questions on launching and landing a mapping drone, such as why it’s important to take off and land against the wind and what do if something unexpected happens during your landing approach.

Remember that you always want to try and take off against the wind, which allows the aircraft to climb. With tailwind, the plane, in our case the mapping drone, is pushed toward the ground and has a harder time gaining altitude.

Another thing to remember is that the angle of the aircraft the moment it takes off—the angle of attack—is important. With the eBee X, that angle should be 45 degrees. At this angle, air flows around the wings and the aircraft is basically sucked up into the air. Here is a link to a diagram that provides a good example of this.

The transition altitude is another factor that contributes to a successful launch. This is the altitude at which an eBee stops its linear climb and begins to make its way to the starting waypoint, which is defined in senseFly’s eMotion drone flight software.

By default, this is set at 20 m Above Take Off (ATO). It can be useful to increase this transition altitude to 30 m or even 40 m to make sure that one clears all potential obstacles once the eBee gets to its starting waypoint, which it can do by turning either left or right. These could be anything from trees and buildings to powerlines and other man-made obstacles.

One helpful tip I like to give people is that it’s also possible to force a directional launch, meaning that the eBee follows one exact line, without adapting to slight changes in wind direction, until it reaches the transition altitude desired.