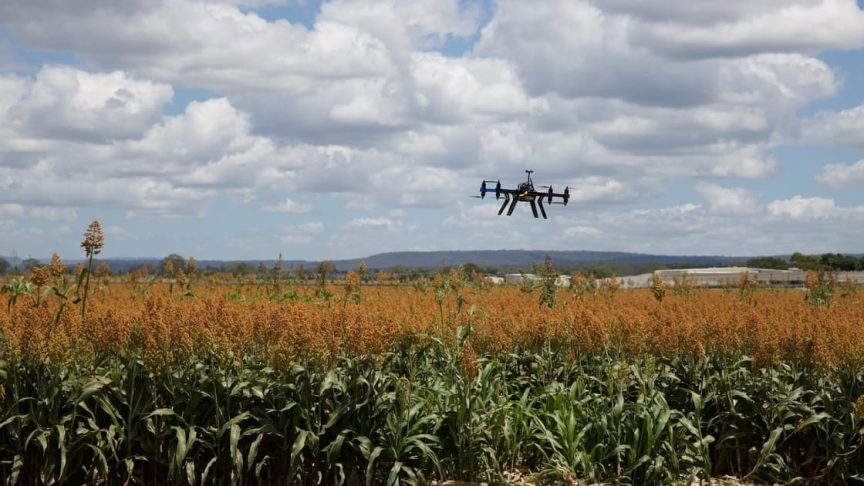 With the global increase in demand for clean food and other agricultural products, Australian farmers and ranchers are finding that drones are returning critically-needed information on the health of their enterprises.

Drones are quickly proving their worth in an otherwise time- and labor-intensive industry.

Here is how drones are being used in Australia to make farming more efficient:

The high-tech cameras that most drones have today are quite capable of providing immediate photos and video of crops and livestock, giving the farmer the data about specific areas where irrigation may be needed, which crops are being subjected to pests or weeds.

Drones can also capture several other types of data that farmers need to obtain much more quickly than what was usually available from physical trips to the fields.

NDVI images captured by drones can also alert farmers to such issues as crop health to determine which areas of the fields may be suffering from nutritional deficiencies, insufficient irrigation, pests and other problems.

These issues can be very difficult to accurately determine, even if a farmer is inspecting crops on foot. It is simply too labor-intensive to monitor large acreage despite the use of vehicles or even horses.

Advantages of Speed and Low Noise

A drone can provide this information in a fraction of the time. Several Australian drone companies are providing drones which can be outfitted with equipment which will spray herbicides or pesticides only in those areas which need them.

This saves the expense of generalized spraying over the entire field with a crop duster.

The relatively quiet operation of a drone is having a pronounced effect on livestock management. Instead of loud traditional aircraft and vehicles which often startle cattle and other stock, drones are much less stressful to livestock, making it much easier to gather herd information.

This in turn gives much more accurate data on herd counts, lost members, animals which may be injured or ill and any new stock which may have been born out in a pasture.

Those farmers with livestock are also finding drones to be important tools for providing information on the grazing status of a particular pasture, allowing them to move herds to better land in a more timely fashion than could previously be done.

From Large Crops to Small Plants

But there are other Australian agricultural venues that are also seeing considerable benefit from the use of drones.

Orchards and vineyards are getting much more data than they could before; the data that they are getting are allowing for much more accurate counts of trees, vines and other plants for much better yield predictions.

According to Esri Australia, a drone can be outfitted with just about any type of sensor that a grower may need, from various types of cameras to LIDAR sensors. This can provide the growers with data ranging from simple tree counts in an orchard to topographical maps which can be used to improve irrigation and planting regimens.

Large agricultural venues in particular find that the use of drones provides the critical data which otherwise would be very expensive and time-consuming to obtain.

Not only can large orchards and vineyards get more accurate counts, they can get information on the health of individual plants in the entire growing area. This information can then be used to fix the issues of needed irrigation, pests, diseases or lack of fertilizer instead of resulting in a loss to the growers.

Agricultural drones can even provide data on large acreages which consist of smaller or low-lying plants such as strawberries or melons to allow for more accurate plant count and yield determinations.

Western Australia has had problems, for example, with farm dams which are leaking for one reason or another. Severe summer storms in that area can cause serious water erosion resulting in millions of dollars in damage to farm and grazing lands.

Drone use can provide quicker assessments for officials and farmers alike for better risk management projects.

Tasmania is using drones in helping to monitor land that is being newly irrigated for crops in some areas where the land was only useful for grazing sheep. The precision agriculture that drones can augment mean that water can be diverted to areas which are in need instead of drenching large areas and wasting water unnecessarily.

The Tasmanian project means that if desired, farmers may also control the irrigators on their farms right on their smartphones through a wi-fi network. Being able to use such precision agriculture at a moment’s notice from almost anywhere is not only a convenience, it is a necessity for today’s water conservation in Australia.

Newer efforts are being studied at the University of Melbourne in the use of autonomous drones that would be programmed to collect agricultural data at specific times and send the data wirelessly to certain systems (such as an irrigation system) and correct an existing issue without the need for human correction.

The huge increase in drone adoption by the Australian agricultural industry is proving that this technology is having a tremendously positive impact across the entire continent.

Mark Sheehan started My Drone Authority to share his knowledge and help people get the most out of this amazing hobby and profession.