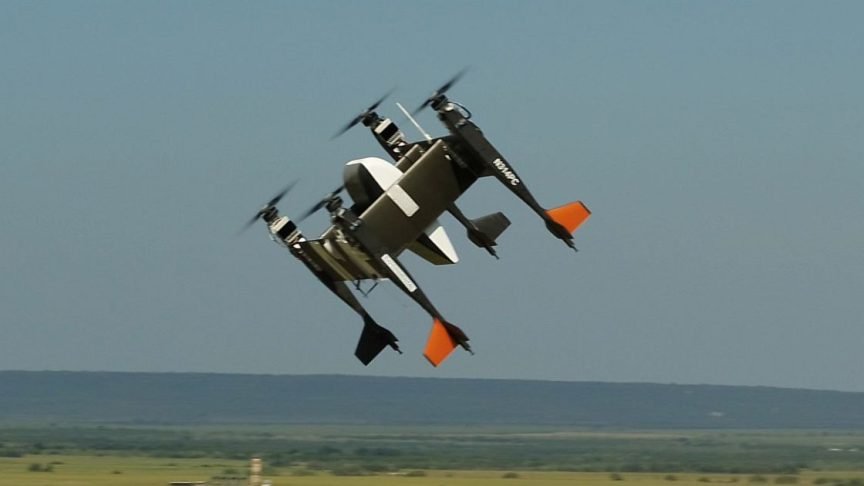 Another delivery drone has just buzzed into view, and this one’s a giant. Built by aerospace manufacturer Bell, the Autonomous Pod Transport 70 — or APT 70 for short — is a 180-cm-tall Vertical Takeoff and Landing (VTOL) aircraft that can carry cargo weighing up to 70 pounds at a top speed of 100 mph. Range comes in at 18 miles on a single charge.

The larger-than-usual quadcopter, complete with its centrally located cargo compartment, took to the skies for the first time for a test flight at Bell’s base in Fort Worth, Texas.

A video (above) of the successful outing shows the APT 70 using its four rotors to rise steadily into the air before tilting 90 degrees and switching to a propulsion system to push it through the sky, with its four legs utilized as wings for improved flight efficiency. As it comes into land, it tilts back into its standing position before gently touching down.

The flying machine can reach nearly twice the speed of similarly designed multi-rotor alternatives, and has been designed with a specific focus on rapid deployment, quick reconfiguration, and fast battery swap and recharge. Bell says the APT 70, as well as the smaller APT 20 that it tested last year, can be used for a range of delivery tasks.