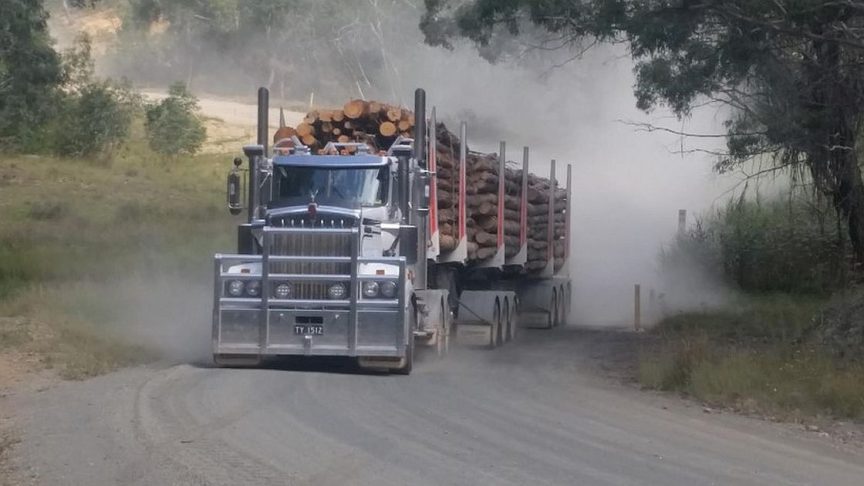 The digitalisation of the road network is often thought of as something related to main roads alone. The forest sector, however, is also interested in the road network outside main roads, and its condition will be monitored in many ways in the future.

Road data can already be easily collected by means of the mobile phone. With the appropriate application it is able to amass an astonishing variety of data. The phone can be installed behind the windscreen of the log truck. In this way, road data could be collected by the very people who need it most.

The mobile phone can be used to video the road. ”You can then use machine vision software to determine the road width, the state of undergrowth along the road, the condition of traffic signs, or the presence of stones, dust, snow and ice on the road, or whether it is slippery,” says Pirjo Venäläinen, Senior Research Scientist at the Metsäteho research and development company. The video will show stones with a diameter of just three centimetres.

Practically every smart phone can monitor its own movements. Thus, it is able to provide data on how even the road is. And, thanks to its GPS system, all data can be automatically transmitted on to digital maps. What is more, almost everyone has a phone. Anyone using a road can be a data collector.

Venäläinen knows of several existing projects to collect road data in Finland, though not that many collect data on minor roads, such as privately-owned and forestry roads. For the forest sector, however, these roads are essential, because they are used to transport logs from the forest to the industry.

Metsäteho aims at free access to as much of the data as possible, so that anyone could create new business on the basis of it. The network of minor roads is also needed for passenger and goods traffic, tanker lorries fetching milk from farms, tourism, trips to summer cottages, and other recreation.

However, the mobile phone is only one of the tools available for collecting road data. More exact data must be collected using more heavy-duty tools, such as laser scanners attached to vehicles. ”There are special traffic weather stations along the main roads. By attaching a monitoring unit to a vehicle, we could turn it into a mobile weather station,” says Venäläinen.

As far as collecting data by means of log trucks is concerned, the driver is in a key position. About a hundred workers connected to wood transport have been involved in pilot studies by Metsäteho. Their attitude towards the project has mainly been positive.

”Of course, the suspicion has been voiced that the studies are actually about monitoring the performance of the drivers, but it has been easy to dispel that thanks to the technical solutions adopted. You don’t, for instance, have to transmit all data real-time, but can collect a bigger batch and send it on at intervals,” says Venäläinen.

Collecting and sending on the data should be automatic, so that there is no additional need for the driver to key in anything. Another question to resolve is what data will be published anonymously and the extent to which the data collector can decide about access to it.

”These are important issues. We plan to set up a special task group to deliberate the rules for using vehicle data,” says Venäläinen. Data protection also interests companies and the managers of private roads. Niskanen anticipates that the new platform will be operational in the beginning of 2020, if everything goes according to plans. More >>.