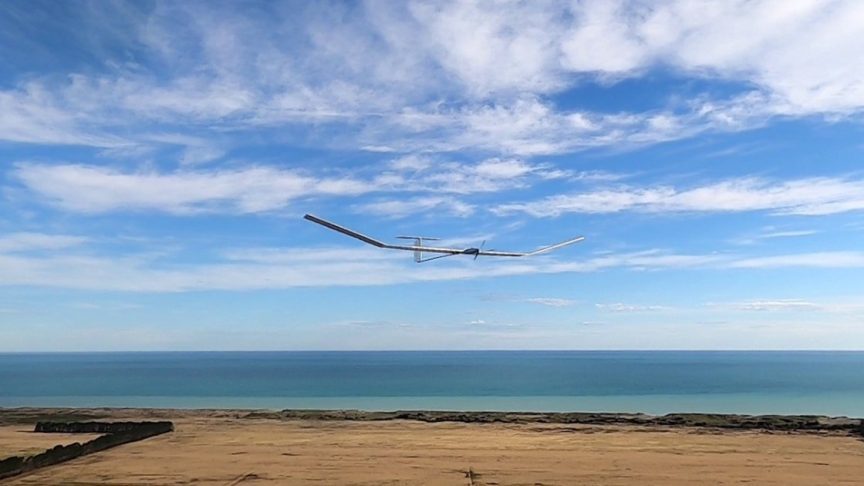 On Sunday 19th December Kea Aerospace has recorded the longest known flight for an unmanned aircraft in New Zealand, in an electric-powered flight above Kaitōrete, near Christchurch.

“The achievement is an important milestone for the team as we continue to expand our capability,” says Kea Aerospace CEO Mark Rocket.

The UAV flight took place in an area above the land managed by the newly established Tāwhaki Joint Venture – a partnership between Te Taumutu Rūnanga, Wairewa Rūnanga (together as Kaitōrete Limited) and the Crown, which aims to heal and rejuvenate the unique whenua at Kaitōrete and advance Aotearoa’s fledgling aerospace industry. Named after the demi-god Tāwhaki, the partnership owns and cares for 1,000 hectares of land at Kaitōrete – a significant cultural and environmental landscape renowned for its mahinga kai, taonga species and history.

The world is seeing a wave of innovation for electric and solar-powered aircraft. In November, Christchurch-based ElectricAir achieved the world’s longest electric plane flight over water by flying over the Cook Strait.

Kea Aerospace is building and flying a range of electric-powered aircraft and high-altitude balloons as part of the program to build a large 30+ metre wingspan stratospheric aircraft.

The “Kea Atmos” is a solar-powered, unmanned aircraft that can fly in the stratosphere continuously for months at a time. It will carry a suite of imagery equipment that will be game-changing for many industries, vastly improving intelligence for applications such as environmental monitoring, precision agriculture, disaster management and maritime domain awareness.

Mr Rocket says the company is building a new aircraft that it hopes will exceed the international record of 82 hours for a UAV weighing under 25kg, which it plans to launch in February.