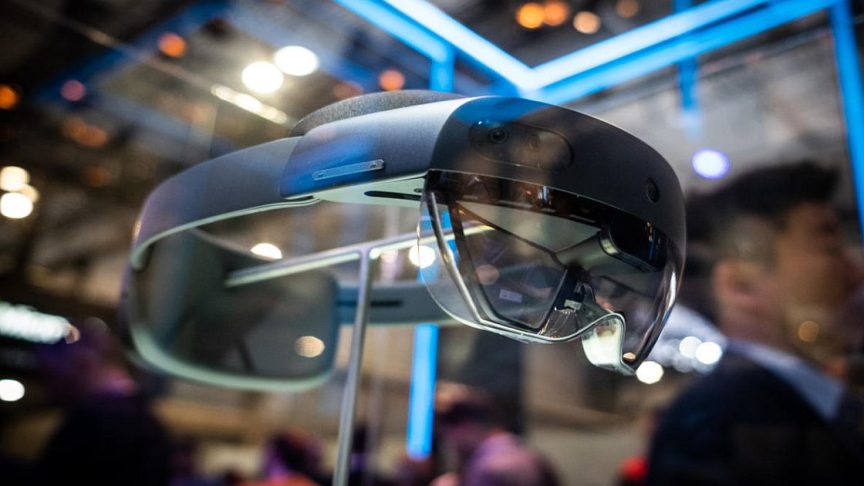 Yes, the HoloLens headset might look as if it has been built for playing video games – not a surprise, given the mixed reality project has its origins in Microsoft Kinect, the motion controller for Xbox 360. But Microsoft is determined to position it as an enterprise tool, to help boost productivity and collaboration with the aid of interactive holograms.

“Imagine transforming any room into an infinite workplace, when you can teleport your presence anywhere and visualize and collaborate on your ideas with anyone effortlessly,” Alex Kipman, technical fellow for AI and mixed reality in the Cloud and AI Group at Microsoft and HoloLens 2 project lead, told the audience.

“You can transform personal computing into truly collaborative computing where devices become lenses into our connected world.” To help build HoloLens 2 into an enterprise collaboration tool, Microsoft is working with augmented reality company Spatial to provide remote users with the opportunity to use HoloLens 2 to meet as 3D avatars in a virtual meeting room where each user can interact with the AR environment using touch and voice commands.

“Today companies tackling the biggest problems are increasingly spread across the world and the HoloLens lets us work together as if we were standing next to each other, face to face,” said Spatial co-founder and CEO Anand Agarawala, who was soon showcasing the technology by speaking with a colleague represented by a fully mobile 3D avatar.

The avatar is generated from a photo of the user and is designed to let those in a virtual room work as if they’re face to face — albeit face to face via disembodied floating torsos.

In an effort to make a real case for HoloLens 2 as an enterprise tool rather than just an impressive gimmick, Microsoft’s presentation involved contributions from two companies that are already using HoloLens 2 as part of a partner programme: toy manufacturer Mattel and construction and logistics firm Trimble. Both are large enterprises with multinational offices — the exact sort of organizations Microsoft is looking to appeal to with HoloLens 2.