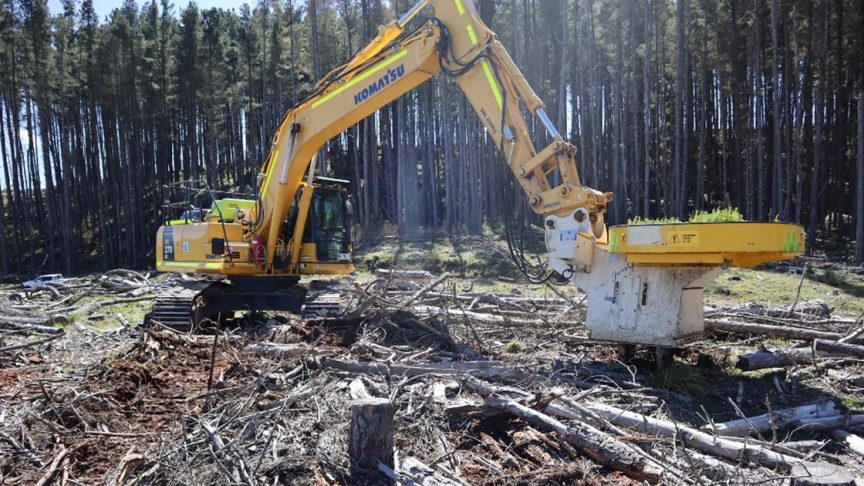 Editor’s Update: Since posting this story, ForestTECH 2021 has been rescheduled and is now being held on 23-24 February 2022.

Last year, for the first time since the ForestTECH series began back in 2007, the annual forestry technology update run for New Zealand and Australian forestry companies and delegates from another 20 countries, covered new technologies around forest establishment, mechanised planting and silviculture.  This was in addition to the usual focus on advancements in remote sensing, data capture, GIS, mapping and forest inventory technologies.   This year’s event, ForestTECH 2021 runs in Rotorua, New Zealand on 23-24 November 2021 where again, the two main themes that were the focus of last year’s event will be covered.

The resurgence of interest in mechanised planting

Right now. there is a resurgence of interest being shown by forestry companies in Australasia on mechanised or automated operations for planting and silviculture.  The economics are starting to stack up.  The technology also goes some way to addressing the growing issue of labour shortages being faced by the industry over the planting season.  Mechanised or machine planting is already successfully being used across Scandinavia and in South America.  Operational trials have been undertaken in the central North Island of New Zealand and in NSW last planting season with more extensive plantings (both trials and commercial planting operations) being planned for this year.  <br><br>

Each of the main mechanised planting head manufacturers; Bracke, Sweden, Risutec, Finland and the M-Planter, Finland presented at ForestTECH 2020.  Timberlands in New Zealand outlined trials using the M-Planter for ripping, mounding, fertilising and planting.  Around 53ha of cutover in the central North Island had been planted with between 80 trees (cutover) and 200 trees per hour (inline rake without mounding) being planted.

Forestry Corporation NSW also spoke on early trials that they, together with a local reafforestation contractor had undertaken in September 2020.  Over 40ha in two compartments using the Risutec ASP-150 planting head and Komatsu excavator had been planted.  It was the first time this equipment had been used in Australia.

Initial results showed that the quality of the seedlings planted wasn’t as consistent as first hoped, but much of this was put down to limitations on the equipment and the site.  Trials planned for this planting season were to be aimed at improving productivity (with modifications being made to the mechanised planting head) and some supplementary site preparation for planting second rotation sites.

One year further on and results from more extensive commercial mechanised planting operations in both New Zealand and Australia will be presented as part of ForestTECH 2022.  Lessons and results from two seasons of mechanised planting in Kinleith Forest will be given by Hancock Forest Management.  Results also will be discussed on New Zealand’s first trial of applying a hydrogel at the time of planting by one CNI forestry contractor.  The gel has been applied at the beginning and end of the usual planting season to test options of extending planting using mechanised planting.  FCNSW and Pentarch likewise were planning this year to extend their operational trials in NSW, both with pine and eucalyptus plantings.

And internationally; from Europe, Stora Enso will be providing an insight into a new planting machine that’s being developed in Sweden and Risutec, Finland will provide updates on GPS advancements that have recently been made with their planting heads showing seedling and mound locations, areas planted, planting densities and planting progress in real-time.

Aside from addressing the shortage of planters and increased labour costs, some of the advantages already being seen with mechanised planting using planting heads mounted on an excavator are better soil cultivation (ripping and mounding) for the young trees and greater consistency in the quality of the tree planting.  Fertiliser granules and hydrogel can also be integrated into the planting process, along with herbicides or insecticides if required.

The case for mechanised planting on flatter terrain in New Zealand and Australia will be forming an integral part of this year’s ForestTECH 2021 event.  Full details of the programme for both days can now be viewed on the event website, www.foresttech.events/ft21