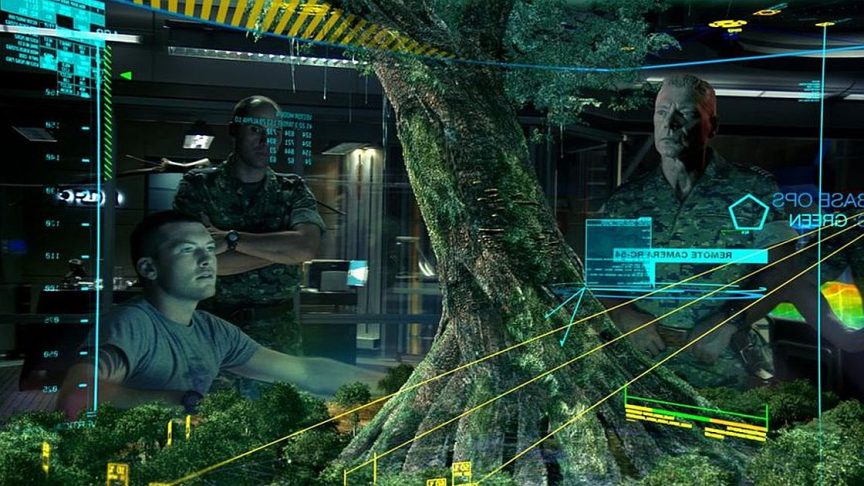 Virtual, augmented and mixed reality are no longer just for gamers and tech demos. Facebook CEO, Mark Zuckerberg, has called augmented and virtual reality the next major computing platform and is predicting that these technologies have the potential to replace smartphones and personal computers within 10 years.

Even now, they’re becoming an important tool for big business. Most sectors see real benefits in utilising virtual, augmented and mixed reality technologies. You can now use it to better visualise big data, operate machines remotely, walk through a virtual forest or maintain equipment with real-time, floating instructions.

Adoption is being driven by reduced headset pricing, an almost continual new technology rollout, the arrival of major smartphone providers into the sector and the prototyping and subsequent deployment of enterprise solutions into workplaces. The forestry industry is one such sector that sees huge benefits.

At last year’s ForestTECH series, resource managers, remote sensing and GIS specialists and inventory foresters were all strapping on VR headsets. Ground breaking work is being led by the Human Interface Technology Lab out of Tasmania, as part of an FWPA project, demonstrating how VR technologies potentially could be employed using remotely acquired 3D point cloud data collected from ground-based and aerial LiDAR. The research has been aimed at testing whether foresters can visually characterize and measure individual trees away from the forest.

Twelve months on and, like the technology, advances in this space have been rapid. LiDAR data from a variety of in-forest trials have since been tested to see whether the features required in timber cruising can be picked up and quantified using VR.

Winyu Chinthammit from the HiT Lab, along with Bruce Hill from Interpine Group, will be presenting and demonstrating as part of the ForestTECH 2018 series. They’ll also be taking a pre-conference workshop in both countries running through the workflow of the VR application for tree assessment.

Mixed reality is another technology being discussed as a game breaker. It’s already showing promise in a raft of industries. Mixed reality is a form of augmented reality, somewhere between VR and AR. In short, it brings people, places, and objects from the physical and digital worlds together. You can visualize the sort of technology being employed here by thinking back to the 2009 epic science fiction movie, Avatar (photo). Rather than checking out the locations of the humanoid species that were indigenous to Pandora, it’s also recently been trialed locally with a forestry company.

Harvest planning today still relies on working with a topographic map, discussing specific hazards and land characteristics, making decisions about skid site placement, environment impacts, health and safety, harvest crew placement, and more. Although this is a common practice, some features can be lost in translation across the harvest planning chain of communication.

Rayonier in New Zealand realised that there was a good case for using mixed reality technology, such as Microsoft’s HoloLens, to enhance their harvest planning and communication. Scion was approached to investigate the HoloLens technology further and provide a proof of concept for its use.

The proof of concept using the Tactile developed application called HoloMaps has been delivered. As one of top six Microsoft endorsed app developers for the HoloLens, the HoloMaps application was modified to bring in Rayonier GIS data such as a digital terrain model (DTM) and associated attribute data belonging to compartments and skid sites.

As part of the upcoming ForestTECH 2018 series, in addition to recent forestry trials with Hololens, App developers Taqtile Inc from Seattle and Microsoft will for the first time in this region be outlining through presentations and hands on workshops, technology developments and the very real opportunities that exist with this type of technology for local forestry companies.

The co-founder of CTRL Reality from Finland, will also be outlining the Virtual Forest that’s recently been developed by Finland’s Metsa Group, Tieto and CTRL Reality. The virtual forest is a true VR experience. It runs on all VR headsets, mobile devices and in web browsers. In this new service, tested already by 2,000 forest owners, users can move from one site to another, see what harvesting and forest management activities should be carried out each time, and run estimates on the income and costs of each activity. The virtual forest also shows what the forest would look like after different activities, and it offers 360-degree images of the forest.

This year’s ForestTECH 2018 series is designed to get local forestry companies to really think outside the square. It runs in Rotorua, New Zealand on 14-15 November and then again in Melbourne, Australia on 20-21 November. A series of pre-conference workshops that proved so successful at previous events have also been set up for conference delegates the day before each conference runs. Full details can be found on both programmes on the event website, www.foresttech.events.