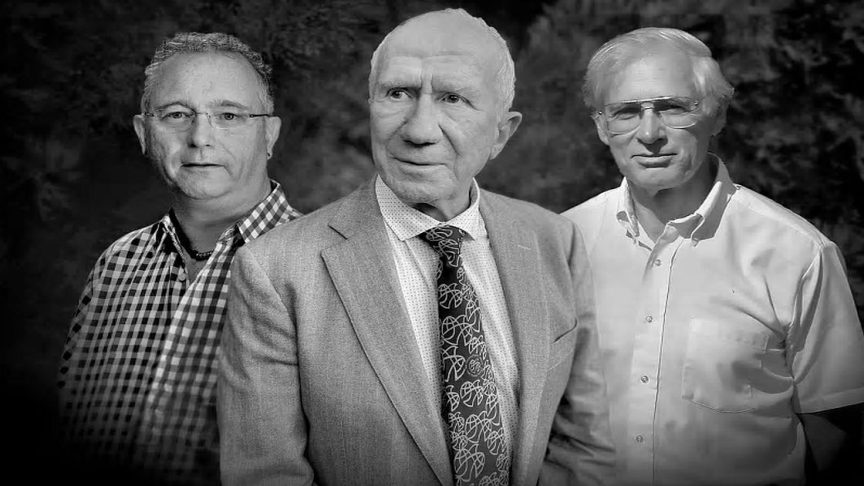 Joseph J Landsberg, Richard H Waring and Nicholas C Coops share the 2020 Marcus Wallenberg Prize for a model to predict forest growth in a changing climate. Satellite imagery offers the possibility to scale up the model to show how different environmental conditions affect the world’s forests.

In the 1990s, Professors Joseph J Landsberg, from Australia, and Richard H Waring, from the USA, developed a model for forest growth that was based on simple plant physiological principles such as access to light, water, and nutrients. Professor Nicholas C Coops, then working in Australia, now in Canada, added advanced satellite imagery analysis to the model. The result is a powerful tool for predicting growth and assessing the risks to the world’s forests posed by climate change. Joseph J Landsberg, Richard H Waring and Nicholas C Coops are awarded the 2020 Marcus Wallenberg Prize of two million kronor for their achievements.

Joseph J Landsberg and Richard H Waring became pioneers when they presented their Physiological Principles Predicting Growth, 3PG model, in 1997 to predict forest growth under changing environmental conditions. The model is also able to calculate how actions, such as thinning and fertilisation, affect forest growth and development.

Forest growth forecasts have traditionally been based on forest surveys of previous growth without the ability to include changes in silviculture or the surrounding environment. A process-based model such as 3PG can also include the effects of silviculture and environmental factors and give predictions of current and future forest production.

“Nowadays, we are extremely interested in the carbon balance of forests, how much carbon can be taken up by the forest via photosynthesis, how carbon can be stored in the forest in the short and long term, and how we can increase the forest’s role in carbon binding with the aid of silviculture. 3PG serves as a bridge between traditional forest surveys and the large-scale, advanced carbon-balance calculations we need to carry out today”, says Annika Nordin, Professor at the Swedish University of Agricultural Sciences and a member of the Board of the Marcus Wallenberg Foundation.

Nicholas C Coops has added satellite imagery analysis to the model to enable large areas of forest to be surveyed. Hence it is possible, among other things, to predict forest growth and carbon storage on a large scale, calculate how diversity of the forest landscape can be developed over time, and assess the risk of outbreaks of insects and large forest fires in inaccessible forest areas.

3PG is now one of the world’s most widely used models for assessing forest growth over large areas. Forest owners use it for purposes such as calculating volume, diameter and biomass development in fast-growing tree plantations. It can be applied to species as diverse as eucalyptus and pine, in monocultures and in mixed species stands, across different climates and landscape types from Australia and New Zealand to Europe and North America.

“Joseph Landsberg, Richard Waring and Nicholas Coops have been awarded this year’s Marcus Wallenberg Prize for providing us with a unique tool that is able to predict forest growth with great certainty in different environmental conditions in forest areas of varying sizes. The model has created a bridge between science and practice in forestry and helps us to be better equipped for the future”, says Johanna Buchert, Chairperson of the Marcus Wallenberg Prize Selection Committee.

King Carl Gustaf XVI will award the 2020 Marcus Wallenberg Prize to these three scientists during a ceremony in Stockholm, Sweden.

Further coverage on the award and recipients can also be read here.