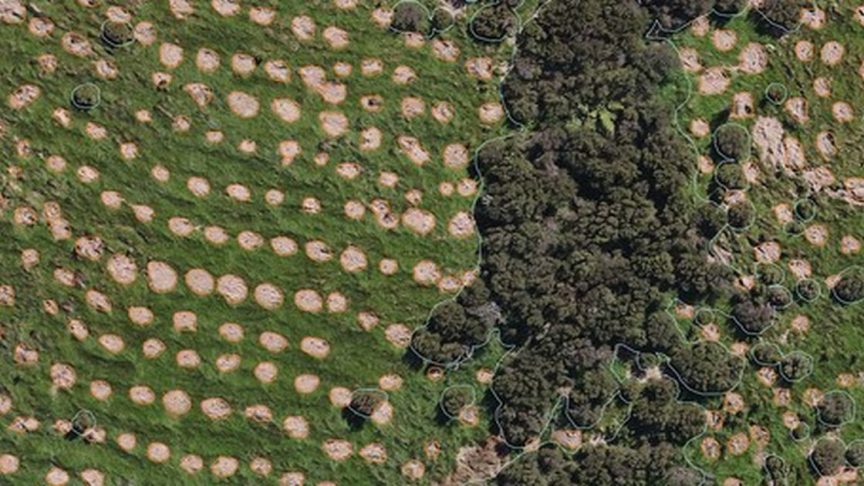 New Zealand will need to plant forests at unprecedented rates for decades to come if the country wishes to achieve its carbon neutrality goals and develop a renewable and sustainable bioeconomy. Successful establishment of newly planted trees is a critical factor in this. The most practical way to monitor establishment is using remote sensing techniques, but the current practice based on unmanned aerial vehicles is expensive and limited in scale.

Scion and Indufor are developing a quicker and more economic method that can be used over large areas.

Scion’s part in the work has been using deep learning to automate data monitoring with a high level of accuracy A neural network model is trained (via deep learning) to progressively extract higher-level features from the raw input. Rather like doing a jigsaw puzzle with a person in the picture, pixels that make up edge pieces are identified in an initial layer then the edge pieces are joined up in a subsequent layer, followed by a layer that learns large features, like a nose or an eye, and an additional layer will use these features to recognise the image contains a face, and so on.

The deep learning process automatically learns which image features are useful for the task at hand. This learning requires a high-quality training and validation dataset, often involving careful human image labelling. The training process is complete when the automatically learned model parameters are optimised in a way that the model gives the best possible performance on the unseen validation dataset.

Training sets are used by Scion to train the deep learning model for a specific problem. The model development started from locating and drawing a bounding box around areas that had been spot-sprayed after planting. However, this only works well with relatively homogeneously sized and shaped features – trees and forests tend to be irregular.

The model was extended to combine object (sprayed spot) detection with a component that classifies each pixel in a bounding box. This enables sprayed spots and irregular forest fragments to be identified, mapped and delineated with polygons; data that can be used to evaluate seedling survival rate, while also gaining a clear picture of any indigenous forest pockets on site.