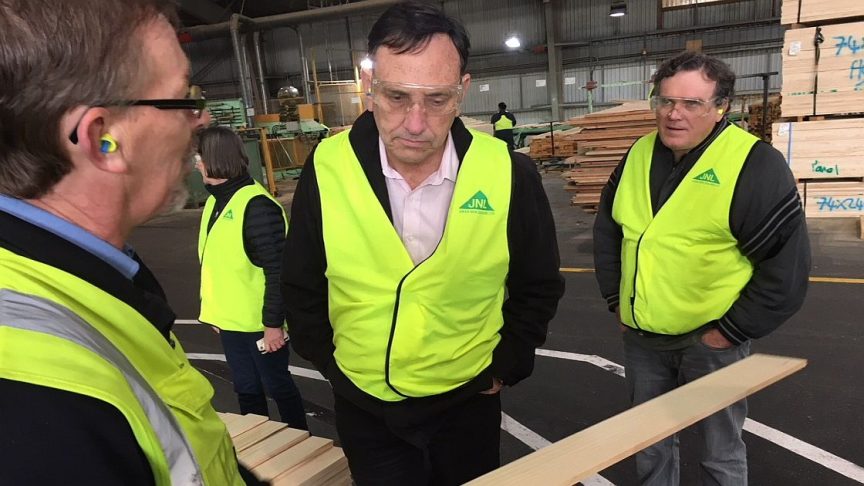 Australia and New Zealand are closer to developing a joint trans-Tasman standard for forest management following a joint meeting recently between the boards of Responsible Wood and the New Zealand Forest certification Association (NZFCA) in Wellington.

“We are confident of getting the right structures in place for the development of a joint standard recognised in both countries,” Responsible Wood CEO Simon Dorries said. The New Zealand Forest Certification Association is primarily concerned with forest-related certification activities and is the governing body in New Zealand for the global forest certification scheme PEFC.

Wood Processors and Manufacturers Association of NZ CEO Dr Jon Tanner Chief Executive said after the meeting his board was looking forward to developing the joint standard, which had been given the green light by Standards New Zealand. “The process will probably kick off at the end of the year,” he said. Standards New Zealand attended the meeting and provided useful feedback and guidance on the joint initiative. Standards New Zealand is a business unit within the Ministry of Business, Innovation and Employment and is New Zealand’s leading developer of standards and standards-based solutions, developed in partnership with Standards Australia.

The New Zealand forest and wood products sector relies heavily on exports with around 70% of production going offshore. Increasingly, the main markets, particularly Australia, North America and Asia, are demanding third-party certification as proof of legality of harvest and quality of forest management. Most of the countries New Zealand exports to are now PEFC members and recognise PEFC certification as meeting their import requirements.