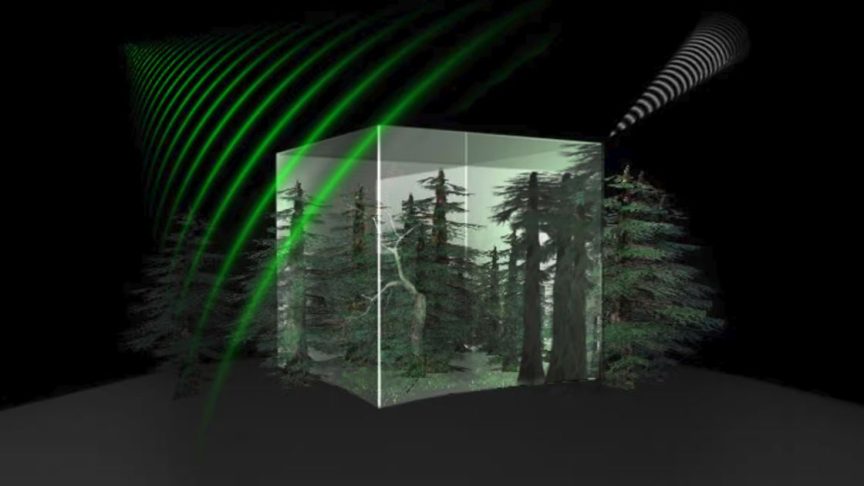 It is the first satellite to take a technology called P-band radar into space – and it should help scientists to distinguish the wood from the trees.

In a dust-free cleanroom in Stevenage, the European Space Agency’s BIOMASS satellite is finally taking shape. And as science missions go, it’s a big one. The spacecraft is several metres high and weighs more than a tonne.

It has to, in order to accommodate a 12-metre radar dish that folds up like an umbrella along its side for launch, unfurling once it’s in orbit at the end of next year.

“It really will be quite a sight I think to behold,” says engineer Vicki Lonnon at Airbus Defence and Space. You can’t really simulate what it’s going to be like in space fully, on the ground, so it’s all essentially modelling at this stage, so (it) will be quite exciting to see that happen.”

The engineering team are testing the release and unfolding mechanism again and again because the dish’s collapsible antenna is crucial to its mission: to see, from the cold emptiness of space, the humid woody depths of Earth’s forests in a completely new way.

BIOMASS is the first satellite to take a technology called P-band radar into space. It’s a radar with a long wavelength – 70cm – and while it requires a big, cumbersome antenna, it will reveal things scientists have never been able to see from space before: the wood from the trees.

“If you looked at a forest with this wavelength, the leaves and little branches would be totally invisible,” says the project’s lead scientist, Professor Shaun Quegan, of the University of Sheffield.

“It would just look like the framework of a tree. And that’s where the biomass is. And it’s measuring that biomass, especially as we face a climate crisis, that’s so crucial for scientists. “