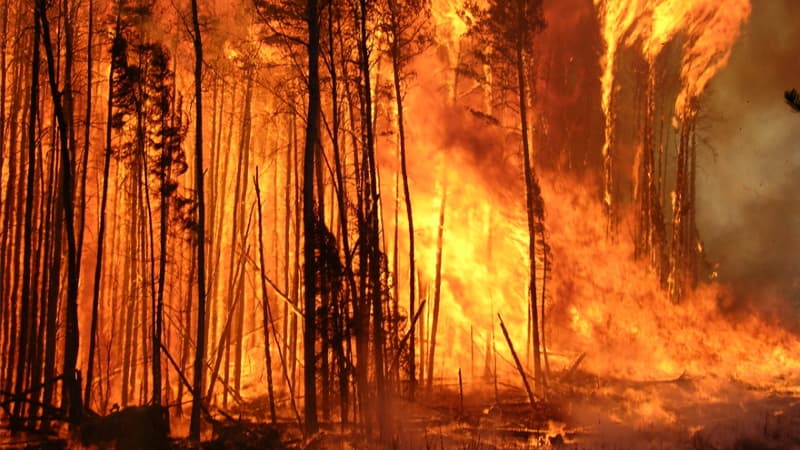 Currently, in Canada, wildfires are managed using an approach known as ‘initial attack’, in which fires are detected early and fought quickly and aggressively with the objective of full suppression.

Though ‘initial attack’ is effective, firefighting crews can easily be overwhelmed if there is a large number of new fires. If crews cannot keep up, some of the fires escape and become large, dangerous and costly very quickly. Mix in some of the effects of climate change, like shorter winters, hotter summers and less precipitation, and the fire activity across the country is rapidly increasing.

Due to shifting climatic conditions and increased fire intensity, initial attack suppression is being overwhelmed more often, leading to an increase in extreme fire events, seen recently in many parts of the country including the Fort McMurray and Chuckegg Creek fires in Alberta and throughout much of Ontario’s cottage country last summer (e.g. Bracebridge, Muskoka Lakes, Parry Sound).

Together with the Canadian Space Agency (CSA), and Environment and Climate Change Canada (ECCC), Natural Resources Canada (NRCan) is developing a new strategy aimed at reducing the impact of wildfires on the Canadian economy and improve the well-being of Canadians across the country through increased safety and security.

A new way to fight fires

The CSA has now signed two parallel contracts for Phase A, the design of the WildFireSat satellite mission. Dr. Johnston with NRCan’s Canadian Forest Service, is the Principal Investigator of the WildFireSat mission. This mission, led by CSA, combines the expertise of NRCan, ECCC, the Canadian Space industry and academia to provide Canadian fire managers with the best information possible to support emergency management.

The new joint WildFireSat mission will enable fire managers to monitor all wildfires across the country in near real-time, in order to help them understand what is happening and update their decision-making strategies. With increased information in real-time, they can focus efforts on suppressing the most dangerous fires, while monitoring others needing less intervention.  In addition to improvements in wildfire management, WildFireSat data will also improve the representation of wildland fires in ECCC’s air quality forecast system, resulting in higher quality Air Quality Health Index forecasts and air quality advisories.

WildFireSat is a dedicated fire-monitoring satellite. It will involve one or more microsatellites in its finished state that will be equipped with thermal infrared sensors to measure the heat released from wildfires.

The satellite is planned to be launched in 2024-2025 and will allow the CSA, ECCC and NRCan to better detect and monitor wildland fires, smoke plumes, and better assess air quality in Canada.