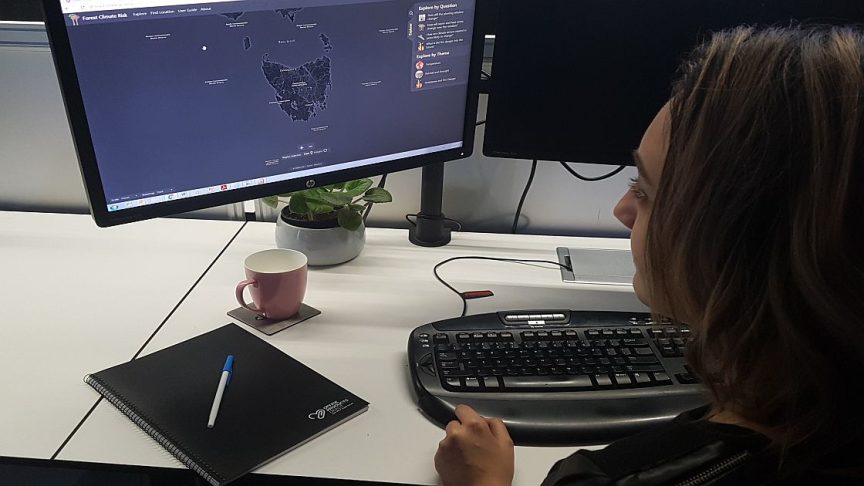 Forest managers will be able to gauge the likely effect of climate change on growing conditions in their specific areas with a new interactive online tool developed by the CSIRO with funding from Forest & Wood Products Australia. The free Forest Climate Risk Tool provides information on factors such as the likely periods of drought, rainfall, number of heatwave days, temperatures and fire risk in detail down to a 5km x 5km grid of almost all forested and plantation areas of Australia.

The best available scientific models for climate change have been used in developing the tool, which enables users to see both the “most likely” result and a range of other possible results for 2030, 2050 and 2070, as opposed to the current situation. CSIRO Research Scientist, Dr Patrick Mitchell, said the tool was intended to increase the industry’s awareness of climate change and, ultimately, to manage risk and improve productivity.

“We’ve tried to make the tool really easy to use, without compromising its scientific integrity. There are also user videos on the site as well as a written user guide,” he said. “Climate change is particularly crucial for forestry because there’s such a long lag between planting and harvesting. We’re hoping this tool will mean that forest managers can make more informed decisions.”

In addition to probing results for particular locations or areas, the Forest Climate Risk Tool enables forest managers to explore climate change by questions and by themes. The themes are: temperature; rainfall and drought; and heatwaves and fire danger. The questions relate to changes in the planting window; water and heat stress over the rotation; climate drivers related to pests; and fire danger.

General Manager of Forest Resources at HVP Plantations, Tony O’Hara, said the firm had an increasing focus on the threat that climate change could pose to 170,000 hectares they have under plantation in Victoria.

“The risks in terms of fire, pests, diseases, planting timing and even care of staff in the field could all change with the climate, making it valuable to have information on predicted variations in climate and the likelihood of extreme events. The next step is to work on what we can do to accommodate that future situation.

“This complements other work we’re doing, for example increasing the resilience of trees and working with land owners outside our plantations to reduce fire risk. Using this new tool, we have established some level of comfort that we are going to be able to grow trees in future in most of our current areas. The next step in using the tool would be to input data from it into other systems such as CABALA (which models tree growth) and the Phoenix Rapid Fire bushfire modelling tool.”

The steering committee for the project included representatives of HQPlantations, Forico, NewForests, HVP Plantations and the Forestry Corporation of NSW.

(Most likely scenario) compared to the previous 30 years.

Using this information, further modelling outside the Forest Climate Risk Tool suggests there is likely to be a reduction of between five and 15 per cent in total volume at harvest in 2050, compared with that which would occur if the current climate continued unchanged.