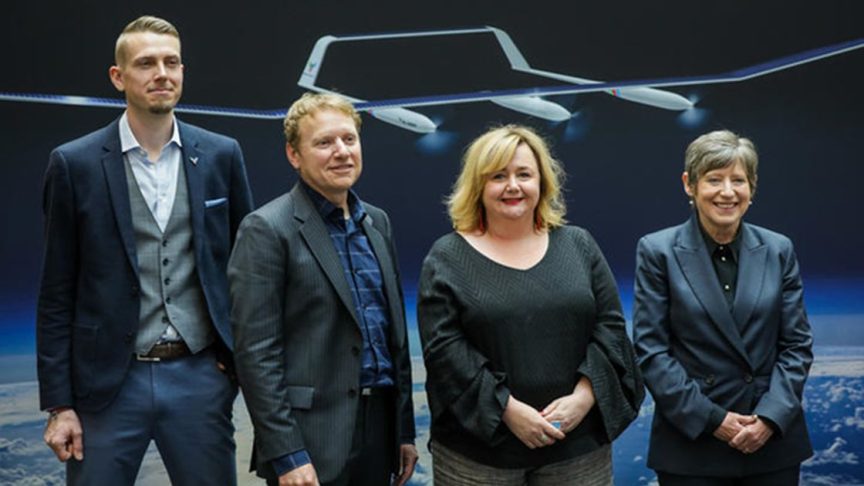 A solar-powered, unmanned aircraft is being developed in Christchurch, New Zealand in the hope it will be a game changer for the aerial imaging industry.

Kea Aerospace is developing the Kea Atmos aircraft, which has a wingspan of 32m and weighs only 90kg. Covered in solar panels which power three electric motors, the aircraft will be able to fly for months on end.

Kea Aerospace chief executive Mark Rocket said the Kea Atmos would fly 20 times closer to the Earth than satellites, making images more affordable. It is hoped images collected by the aircraft can be used for precision agriculture, disaster management and environmental monitoring.

“Ultimately we would like to have our mission control here in Canterbury and have a whole fleet of these aircraft flying around the world constantly. “We think it could be used for so many things, obviously the first thing is going to be imagery first but eventually it could be used for things like communications and payload testing,” Rocket said.

Rocket, who is initially funding the project, said he had already received a lot of interest from investors. Kea Aerospace is only the second company to take part in the government’s Airspace Integration Trials Programme. The first was with Wisk a company testing a self-flying air-taxi in New Zealand.

Minister of Research, Science and Innovation Megan Woods said advanced aviation was growing in New Zealand and it brought high-paid jobs. “There are huge opportunities for New Zealand in this wider space. We have seen the success of Rocket Lab and we all [have] pride in what Rocket Lab have achieved.

“There are more opportunities for us as a country and that’s why the innovation partnerships at the Ministry of Business, Innovation and Employment are really pushing into this area,” Woods said. Kea Aerospace is working on prototypes with the first full-scale Kea Atmos expected to be built in 2022.