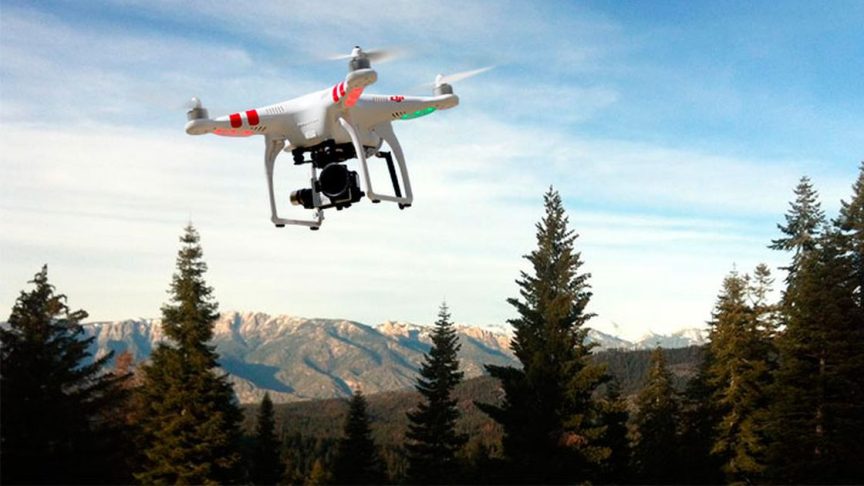 New Zealand’s commercial drone manufacturers are successfully finding niche markets as the potential for the unmanned flying machines takes off.

While unable to compete on price with large Chinese drone makers, several Kiwi companies are finding specialised uses for drones, which are already saving business time and money.

Currently, 70 per cent of commercial drones are used for aerial photography, 8 per cent for power line inspection and 2 per cent for agricultural work, according to information provided by UAVNZ.

The industry body’s chairman, Andy Grant, said there was “huge” potential for drone use in core New Zealand industries like agriculture, construction and forestry.

For example, Grant’s company ASG Technologies has developed a drone capable of carrying out forestry work that would ordinarily take six workers up to an entire day in some six minutes.

Instead of requiring workers to haul 1km of steel rope above felled trees in order for them to be collected, ASG’s drone – one of the largest industrial drones in the country — is able to carry 14kg of rope the entire distance in a single flight. The savings in time and money were, clearly, enormous, Grant said. The drone was currently being used by forestry company Hancock Forest Management.

New Zealand companies were also looking at the emerging technology of “tethered” drones; aircraft connected to an operating box by a thin wire allowing them to fly for hours, even days. without needing the battery to be charged.

The next major breakthrough in drone technology would be when drones were allowed to work beyond the line of sight of operators, something that is being trialled in a dedicated drone airspace in Canterbury.

“The speed of development in the drone-sector is breath-taking,” Grant said. “The drones themselves are almost daily increasing in payload capacity, endurance and range. Their on-board sensors are increasing in sophistication and they are becoming progressively more autonomous.”

Within 20 to 30 years drones the size of 787 aircraft would come into existence, he said. To date, the CAA has issued certificates to 92 New Zealand companies to operate drones. Airways New Zealand, the country’s air traffic controllers, has also been involved in creating the foundations of a drone traffic management system.