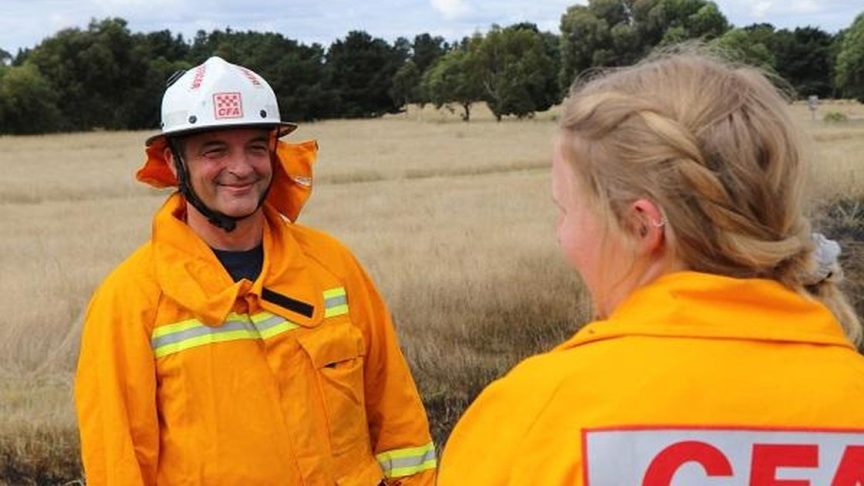 It was an interest in trees, not fires that set CFA Deputy Chief Officer Alen Slijepcevic on a path that led him around the world where he is today found leading the bushfire management portfolio of one of the world’s largest volunteer fire services.

Along the way, his work has had an enormous impact on the way bushfire risk and incidents are managed in Victoria – one of the most bushfire prone regions in the world – and improved the safety and resilience of communities and the environment.

Today, those achievements are rewarded with an Australian Fire Service Medal, announced as part of the Queen’s Birthday 2021 Honours List.

“I feel very honoured for being nominated and receiving this award. I would like to thank my colleagues and friends from the global fire community that have shared their knowledge and experience with me so I could continuously learn and improve my knowledge and skills. And none of that could have happened if I didn’t have a supportive family that allow me to do what I love and who has made a lot of sacrifices along the way,” DCO Slijepcevic said.

The journey started when he enrolled for a Master of Science – Forestry at the University of Zagreb in Croatia. “I wanted to spend my working life being outdoors and forestry was giving me that option,” DCO Slijepcevic says.

While his best friend abandoned the course after the first year and become a professional musician, DCO Slijepcevic had found his passion. However, when the former Republic of Yugoslavia was plunged into war in the early 1990s, he and his wife decided to migrate to seek a better future for their then three-year-old son.

Fogarty saw something special in the young Croat with the strong accent. “He had a forestry science degree but didn’t have the experience of fire behaviour, especially from an Australian and New Zealand perspective, but he did an advanced fire behaviour course and came out top of the class,” he says.

“Seeing someone who was so incredibly interested in taking on new challenges and who was inquisitive and intelligent – that impressed me no end.”