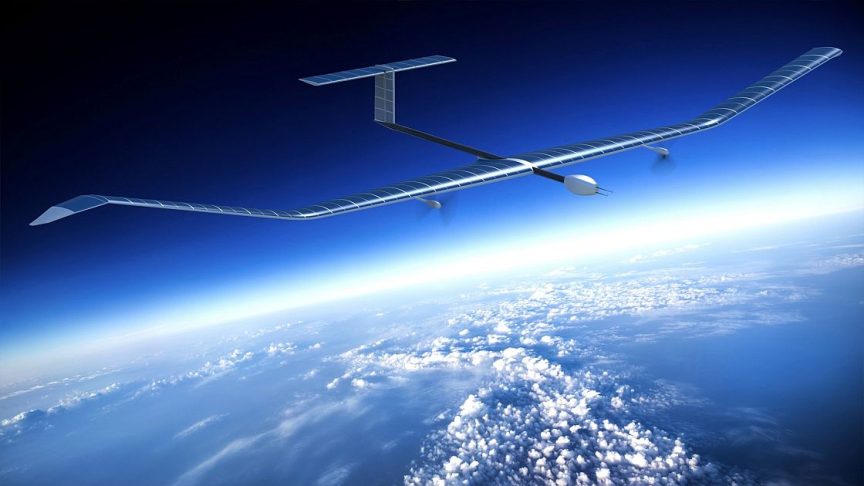 Last November as part of this region’s ForestTECH series that ran, local forest resource managers heard from Airbus Defence & Space on progress being made on a raft of projects including work on combining drone and satellite technologies and their solar-powered Zephyr, an aerial platform that operates in the space between conventional satellites and manned aircraft.

The company has just announced the smooth landing and world record flight of the first production aircraft of its Zephyr programme, the Zephyr S HAPS (High Altitude Pseudo-Satellite). The solar-powered drone took off on July 11th in Arizona and landed over 25 days later. Airbus said in a statement that “This maiden flight of the solar-powered Zephyr S proves the system’s capabilities and achieved all the flight’s engineering objectives.”

Airbus’ Zephyr runs exclusively on solar power, high above the weather and can provide “persistent local satellite-like services.” This new record flight was supported by the UK government, reflecting the fact that the UK Ministry of Defence is the first customer in line benefit from what has been described as a “game-changing capability.”

“This very successful maiden flight represents a new significant milestone in the Zephyr programme, adding a new stratospheric flight endurance record which we hope will be formalized very shortly,” said Jana Rosenmann, Head of Unmanned Aerial Systems at Airbus. “We will in the coming days check all engineering data and outputs and start the preparation of additional flights planned for the second half of this year from our new operating site at the Wyndham airfield in Western Australia”.

Airbus anticipates that the Zephyr drone will appeal to both commercial and military customers. It could, for example, provide improved disaster management and situational awareness, monitoring the spread of wildfires or oil spills from far above. From a military perspective, the obvious application will be for persistent surveillance. But swapping out payloads could instead allow the Zephyr to be used for providing communications to unconnected parts of the world.