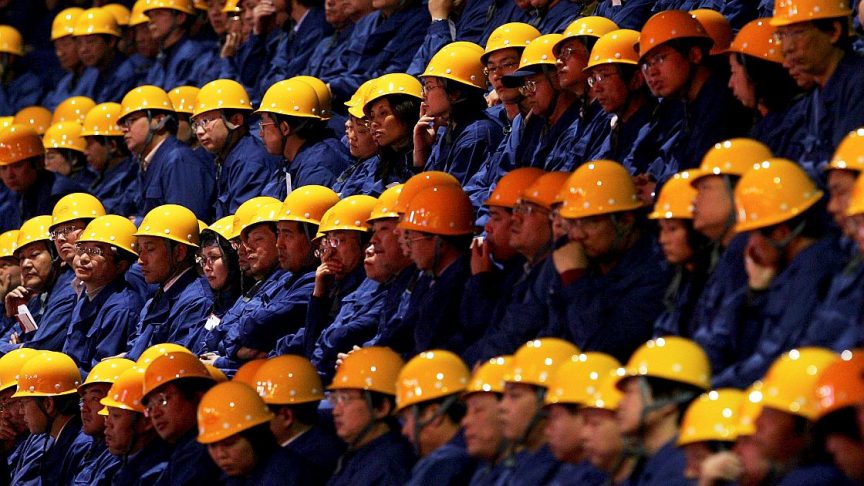 Is this a future safety tool for workers in higher risk occupations? Companies throughout China are using brainwave sensors to train workers and screen for mental fitness, South China Morning Post reports. More than a dozen factories are requiring workers to wear devices that use artificial intelligence to monitor their emotions. While officials say this saves money, the implications for workers are deeply troubling.

Sensors are wirelessly embedded into the brim of electric company workers’ helmets and the hats of high-speed train conductors. The devices monitor workers’ brainwaves, detecting the spikes and dips in emotional activity associated with panic, fatigue, sadness and other emotions. The Morning Post reports that some companies have also added the sensors to VR headsets to monitor how trainees respond to virtual environments modelled after work scenarios.

The devices have reportedly been adopted by power supply and electric companies for workers in certain “high risk” occupations, such as train conductors or electricians installing and repairing parts of the power grid. A similar device detects fatigue in conductors, triggering an alarm if it thinks they’re dozing off.

Not only do the devices reduce accidents, according to company officials, they also boost profits. An official who runs the “emotional surveillance” program at the State Grid Zhejiang Electric Power told the Morning Post that profits have grown by ¥CN2 billion ($419 million) since the company began using the devices in 2014. Of course, mandatory cognitive surveillance has troubling implications for workers.

For example, the system could flag management that a certain worker is stressed or otherwise not fit to work. Companies can ask workers to de-stress by taking a break for an hour, dismissing them for the day, or even demoting them to a different position. What happens if a false positive flags a healthy worker? Companies told the Morning Post they have saved millions with the devices, but how much have workers lost by being dismissed or forced into breaks because of their brain scan readings?

“The human mind should not be exploited for profit,” Qiao Zhian, professor of management psychology at Beijing Normal University, told the Morning Post. “There is no law or regulation to limit the use of this kind of equipment in China. The employer may have a strong incentive to use the technology for higher profit, and the employees are usually in too weak a position to say no.”